GRNews
GreekReporter.comGreecePAOK to Face Ajax in Third Qualifying Round of Champions League

PAOK to Face Ajax in Third Qualifying Round of Champions League 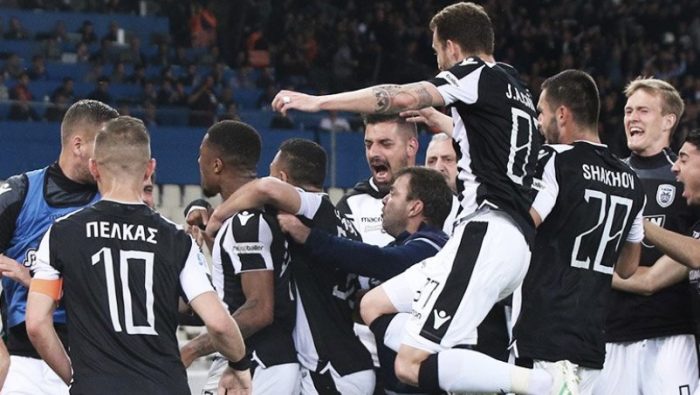 The results of the draw for the third qualifying round for next season’s Champions League were announced by UEFA, the Union of European Football Associations, on Monday.
Greece’s championship team PAOK Thessaloniki is slated to play against the Netherlands’ Ajax squad.
PAOK wasn’t fortunate in the draw, as Ajax has shown tremendous strength, reaching the semifinals of last year’s Champions League.

The second Greek team which hopes to reach this year’s Champions League is Olympiacos.
The Piraeus team must first overcome the hurdle posed by the impressive Czech team Viktoria Plzeň, against which Olympiacos will play on Tuesday afternoon.
If the Greek team wins against the Czechs, it will then have to compete against the Turkish squad Basaksehir in the third qualifying round.
As for Cyprus’ APOEL, if it manages to overcome the Sutjeska team, it will then be scheduled to play against either the Irish Dundalk squad, or the team of Qarabag from Azerbaijan.