GRNews
GreekReporter.comGreeceHundreds of Greeks Reflect on Horror of Deadly Mati Blaze in Memorial... 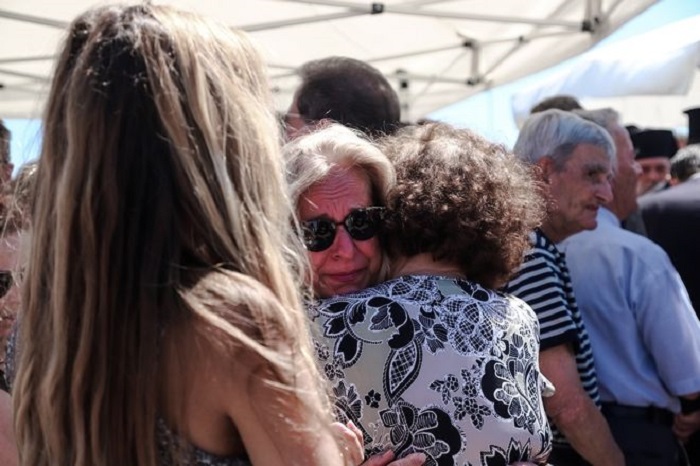 Hundreds of people gathered on Sunday at Mati, the resort east of Athens devastated by the fire of July 23, 2018, for a memorial service commemorating the victims.
People, including relatives of some of the 102 victims of the fire, wept and embraced each other during the service at the Church of the Assumption of the Virgin Mary.
Later, a prayer service was conducted at Argyra Akti, the beach where dozens perished after they were trapped by the blaze. 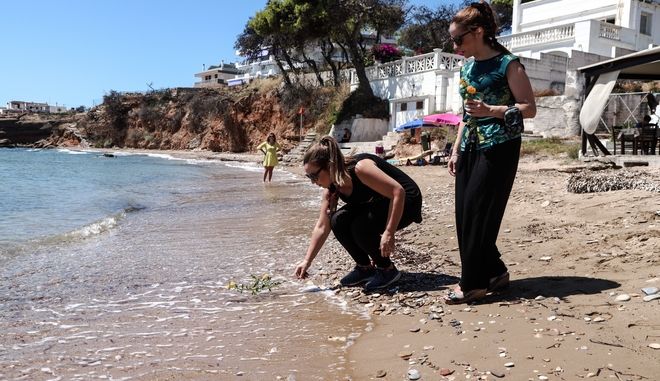 Among the mourners was Citizen Protection Minister Michalis Chrysochoidis, who pledged that such tragedy will not happen again.
“I can assure you that such a tragedy must not and will not happen again. We will work hard to achieve this,” Chrisochoidis stressed.
For his part, newly elected local governor Giorgos Patoulis reassured the mourners that “the Region of Attica will do its best to avoid such incidents in the future.”
On Monday, actors and musicians who have homes in the East Attica towns that were hit by the deadly fire organized a memorial concert commemorating the events.
“We should join hands in a chain of memory, love, humanity and hope,” said the director of the show, Nana Nikolaou, adding that the only reason she escaped the blaze was that she took a different road from hundreds of other residents and visitors in coastal Mati, in trying to drive out of town.
Moving Video of Mati and Kinetta Fires Emerges Before the Anniversary
It was July 23, 2018 when one of the worst tragedies of recent decades took place, with 102 dead, dozens of people with horrifically painful burns, hundreds of homes destroyed and one of the most beautiful seaside towns in Attica burnt to the ground.
As Greece still mourns the victims and the devastation of the fires at Mati and Kinetta, the Up Drones team created a video to commemorate the disaster in the hope that such destruction would never happen again.
Titled “July 23, 2018: The Black Day of Greece”, the video shows the two seaside towns the way they were before, and one day after, the inferno.
The green landscape is blackened, the turquoise waters are filled with ashes and debris and the sun is hiding behind a pall of smoke. The cries of the people who are mourning the losses of their loved ones and their homes and belongings can be heard.