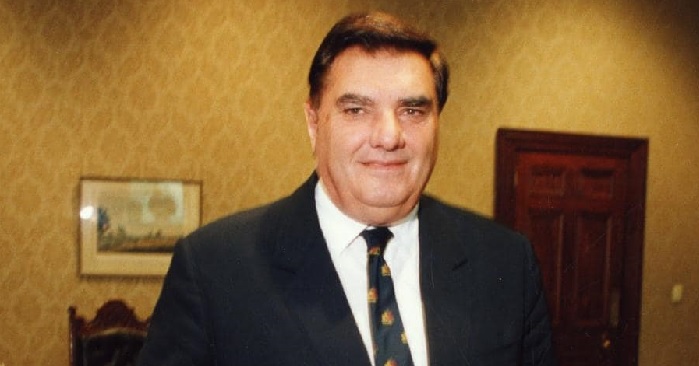 The Coordinating Committee of Justice for Cyprus (SEKA) organized a protest rally which took place in the Greek neighborhood of Lonsdale Street in Melbourne, Australia on Sunday. The assembled protesters decried the recent Turkish incursions onto Cyprus’ EEZ and demanded justice for the Turkish occupation of Cyprus.

SEKA has organized a number of events seeking justice against human rights violations following Turkey’s illegal invasion of the island in 1974 and its continued occupation of the island ever since.

Representatives from Cypriot and Greek organizations and hundreds of community members gathered in the afternoon to call for the withdrawal of Turkish troops and for an end to the occupation of Cyprus. Demonstrators then marched to the Parliament of Victoria, where speakers addressed the rally.

The Cyprus community organizations involved in the protest called for a fair solution concerning the violation of human rights on the island and what the rest of the world outside Turkey views as the illegal occupation of the island by Turkey.

Demonstrators also protested its violation of international agreements and some carried banners calling for the reunification of Cyprus, while other protesters carried pictures of their loved ones who had gone missing during the Turkish invasion.

Photis Photiou, Cyprus’ Presidential Commissioner for Humanitarian Affairs and Overseas Cypriots, addressed the crowd, calling on the Australian government to apply pressure for a solution to these ongoing issues when Turkish President Recep Tayyip Erdogan next visits the country.

Together with our #Melbourne #Diaspora at the Justice for #Cyprus March. Very proud of them. Cyprus is always in their hearts. Many thanks to the organizers especially to the President of #seka Eleni Efthymiou. @CyprusMFA @AusHCCyprus @NEPOMAK_Aus_NZ pic.twitter.com/54UiAzFOCa