While being walked through the classroom space by the Chairman of the Museum, John P. Calamos, Sr., Archbishop Elpidophoros noted that education is a critical part of the Museum’s mission and fundamental to the Hellenic Legacy.

After His Eminence’s visit to the NHM, a statement by Calamos was released that said the following: 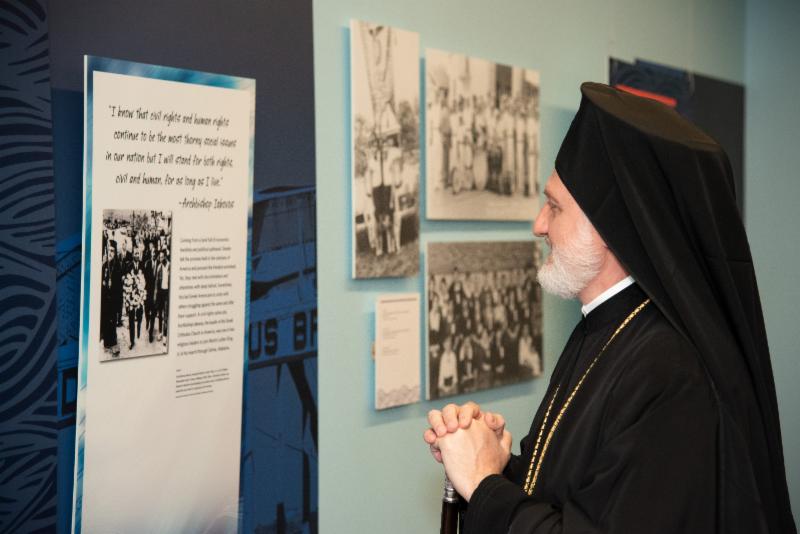 The work of the National Hellenic Museum is in preserving the past, where we came from, and using it to inform our future and create opportunities not just for our own children, but for our society in general.

Archbishop Elpidophoros observed that the success of the Greek American community – the very community that founded and sustains the National Hellenic Museum – is directly attributable to those Hellenic ideals and values that the NHM shares every day through our field trips, tours, and public programs.”

The National Hellenic Museum contains the largest collection of Greek American artifacts in the world. After thirty years, the museum has become a renowned hub for Greek American history