By Assil Giacheia
July 11, 2019
Facebook
Twitter
WhatsApp
Linkedin
Email
A partial skull found in Greece is the earliest evidence of the presence of Homo sapiens outside of Africa, scientists have reported in this week’s International Journal of Science, Nature.
The team of researchers dated the skull to about 210,000 years old, which makes the skull about 150,000 years older than the oldest fossil of Homo sapiens found in Europe and the third-oldest known example of modern humanity.
A second skull found in the same location was estimated to be at least 170,000 years old belonging to Neanderthals, a species widespread in Europe until 40,000 years ago, when Homo sapiens took over. 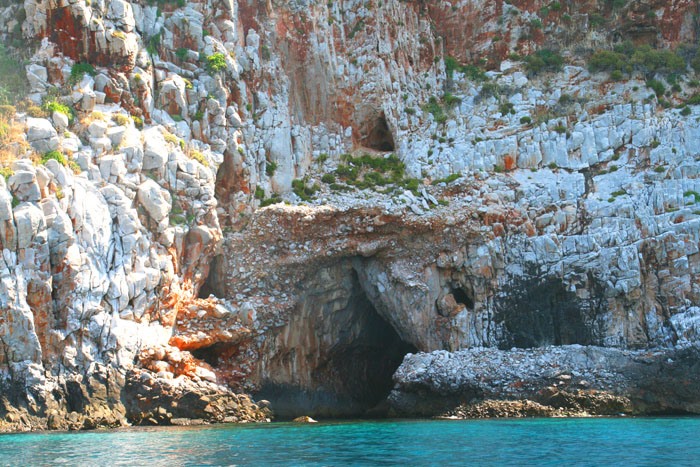 The two skulls (named Apidima 1 and 2) were found together in the late 1970’s in the Apidima Cave which is located in the Peloponnese in southern Greece.
Initial attempts to age the skulls were inconclusive in part because the skulls were found wedged high in cave walls and may have been mixed by mudflow.
Greek researcher Katerina Harvati, Director of Paleoanthropology at the Eberhard Karls University of Tübingen in Germany, and her colleagues found the relevant skull fragments in a museum in Athens.
Both were recognized as being human fossils of some sort, but had not been dated or properly analysed. Dr Harvati and her team have now done so, using computer reconstruction, a technique unavailable to the original finders. 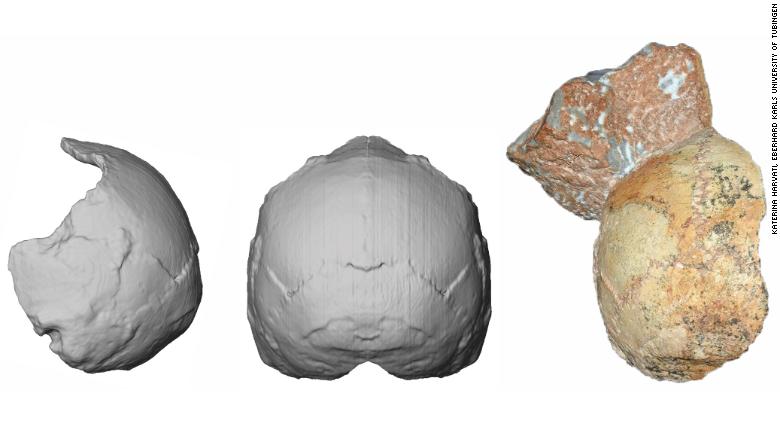 The research team ended up creating virtual reconstructions of parts of the skull and used a radiometric dating method — one that analyses the decay of uranium to determine the age.
The challenge scientists now face is to figure out how Apidima 1 fits into our ancient history.

Over the past two decades, researchers have gathered a great deal of evidence indicating that human populations that live outside Africa today, all descended from small groups of migrants who departed the continent some 70,000 years ago.

Archaeologists have documented it by tracking the spread of human DNA from remains and tools from Africa.

Dr. Harvati said that Apidima 1 points to an early expansion of Homo sapiens into Europe from Africa.

That wave of humans may have thrived outside Africa because they brought better tools. “If there’s an overarching explanation, my guess would be a cultural process,” Dr. Harvati said.

Greece may be a good place to test this idea. Southeast Europe may have served as a corridor for various kinds of humans moving into Europe, as well as a refuge when ice age glaciers covered the rest of the Continent.

“This is a hypothesis that should be tested with data on the ground,” Dr. Harvati said. “And this is a really interesting place to be looking at.”

Dr. Harvati added that “This discovery highlights the importance of Southeast Europe for human evolution.

Magnificent Golden Comb Made by Greek Master a Highlight of Hermitage