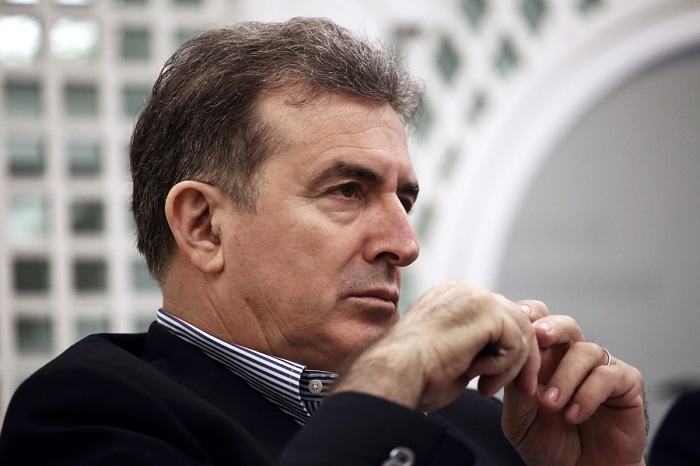 Greek politician Michalis Chrisochoidis, who is associated with two of the most spectacular successes of the country’s security services this century, has been appointed as the new Citizen Protection minister.
During his tenure at the ministry of Public Order — as it was called at the time — the Revolutionary Organization 17 November, a major terrorist group was dismantled in 2002, and six suspected members of Revolutionary Struggle were arrested in 2010.
He is credited for modernizing the counter-terrorism capabilities of the police and deepening cooperation with the U.S. and British intelligence services.
Speaking on Tuesday as he took over the job, he pledged to work hard to restore a sense of security for the public.
“Security is the greatest asset. Without security, democracy rots. We are here to work with all our strength to build a feeling of security for citizens,” he said at the ministry’s handover ceremony.
“All people should feel that their neighborhood belongs to them,” he added.
Born on October 31, 1955 in Imathia, northern Greece, he joined the socialist PASOK party almost immediately after it was founded by Andreas Papandreou in 1974.
He was a member of PASOK until Monday when the party –now renamed Movement for Change — expelled him for agreeing to serve as a minister in the conservative government of Kyriakos Mitsotakis.

Turkey charged on Tuesday that Greek fighter jets had “harassed” its research vessel Cesme while it sailed in the Northern Aegean.
Crime