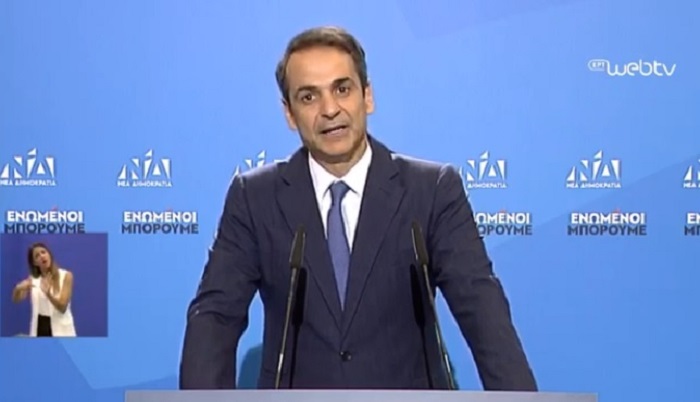 New Democracy leader Kyriakos Mitsotakis vowed during his victory speech on Sunday night to “work hard to represent all Greeks.”
“We are too few to stay divided,” he said.
He added that “society delivered a clear message in favor of growth, job-creation and security” and that “transparency and meritocracy will return to Greece, and our country’s voice in Europe will be strengthened.”
He emphasized that parliament will work during the summer and that his party does not desire a grace period.
Mitsotakis will be sworn in on Monday while his cabinet will also be announced.
“The citizens made their choices. The people’s verdict is by us fully respected,” stated Prime Minister Alexis Tsipras on Sunday night, in a press conference conceding defeat in the 2019 national elections.
“In democracy, the change in governance is the essence of democracy,” he said, adding that on Monday he will receive New Democracy leader Kyriakos Mitsotakis at the Maximos mansion.
SYRIZA, he added, will remain a strong presence as the main opposition, to prevent expressions of revanchism against social conquests.