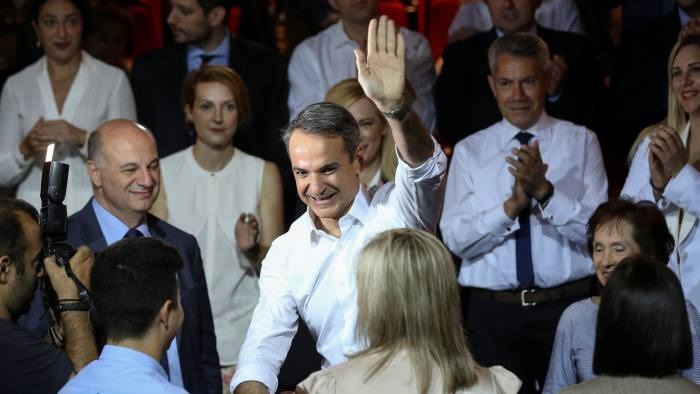 Greece’s center-right New Democracy (ND) party is the clear winner of the general elections held on Sunday, according to the joint exit poll presented by Greece’s major television stations at 19:00 local time.
According to the exit poll, ND gets between 38.0 and 42.0 percent, with SYRIZA at between 26.5 and 30.5 percent.

If these projections are confirmed in the actual counting, ND will be elected with an absolute majority in the 300-seat Parliament. It will get between 155 and 167 seats, whereas SYRIZA will get between 77-82 seats.
Center-Left Movement for Change is on track to gain between 6-8 percent of the vote, followed by the Communist Party with between 5-7 percent.
Extreme-right Golden Dawn is between 2.8 and 4.8 percent.
Among the newcomers, MeRA25 anti-austerity party of Tsipras’s former maverick finance minister Yanis Varoufakis, gets between 3-5 percent.
Greek Solution, a nationalist, pro-Russia party formed by former journalist and TV salesman Kyriakos Velopoulos, gets between 2.5 and 4.5 percent.
The winning party gets a 50-seat bonus and needs 151 seats in the 300-seat parliament to have a majority.