GRNews
GreekReporter.comGreek NewsCyprusTurkey's Second Ship to Begin Drilling Off Cyprus "By Next Week"

Turkey's Second Ship to Begin Drilling Off Cyprus "By Next Week" 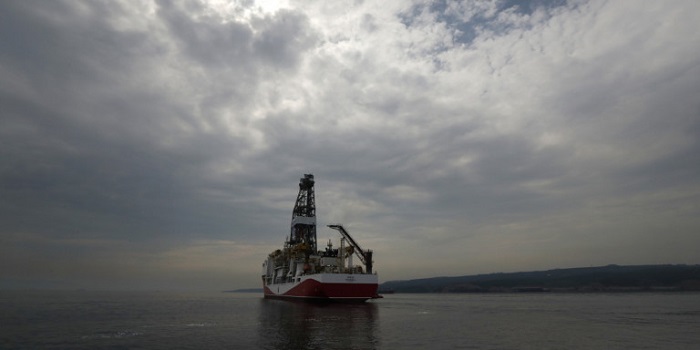 Turkey’s second drillship, Yavuz, will begin drilling for oil and natural gas in the eastern Mediterranean within a week, Fatih Dönmez, Turkey’s Minister of Energy and Natural Resources, has told news agency Anadolu.
Yavuz is currently at the port of Mersin doing “final tests” and getting supplies, said Donmez.
“God willing, within a week Yavuz will begin its first drill in the Eastern Mediterranean, in Carpasia (peninsula), in the area where we have got a license from the ‘Turkish Republic of Northern Cyprus’” said Donmez, referring to the Turkish-occupied northern part of Cyprus, which only Turkey recognizes as an independent state.
Drillship Fatih is already drilling within the Republic of Cyprus’s Exclusive Economic Zone. The arrival of a Turkish submarine, Gur S-357, at the occupied Cypriot port of Kyrenia has been linked by Turkish media to this activity.