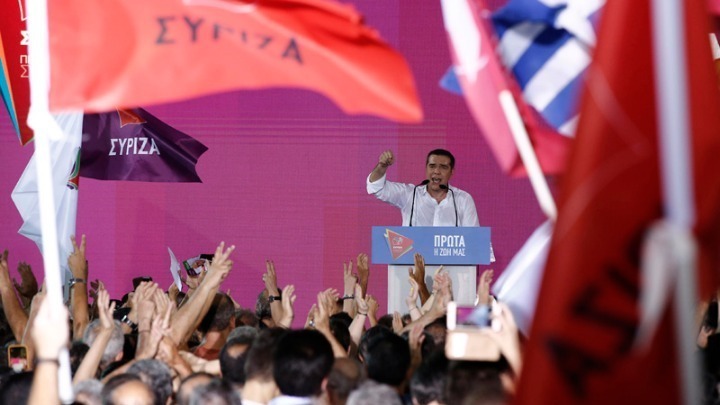 The Greek election campaign closed on Friday before the Sunday’s crucial general election that, according to all recent polls, will bring Kyriakos Mitsotakis and his the center-right New Democracy (ND) party in power.
In a last ditch attempt to convince undecided voters, PM Alexis Tsipras, speaking in front of thousands at Athens’ Syntagma square, appealed to them to back his SYRIZA party with a renewed mandate.
He claimed this will be “the first time to be judged on our own program,” for a Greece, he stressed, that is “contemporary, free, self-sustained and progressive.”
“The technocrats of the troika (Greece’s creditors) do not decide about us anymore,” and that “we are here, free and proud, because we averted the impoverishment of our people.”
The SYRIZA leader noted that 400,000 new jobs have been created since 2015, and added that “we took over a country in which one million people had lost their job in five years,” yet we “raised the minimum wage, restored the collective labor agreements, and tackled undeclared work.”
Mitsotakis calls for a strong mandate 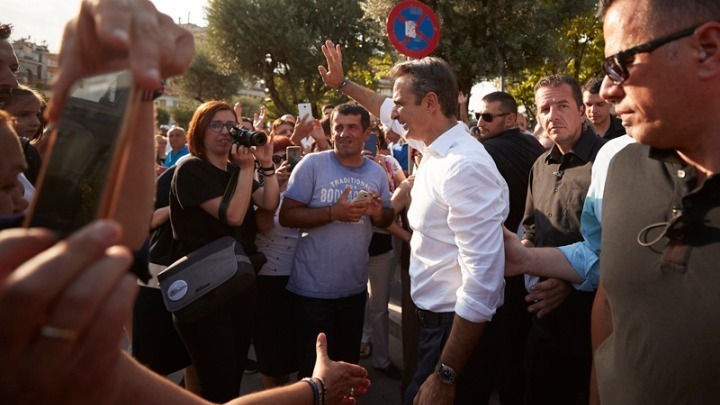 Touring northern Greece, ND leader Mitsotakis said that his government’s first priority will be to create “many new good jobs and to support the middle class, destroyed by the current government through excessive taxation.”
The main opposition leader added, “If I have a responsibility, besides putting the country back on a prosperity track, it is to unite Greeks under a common vision and a common plan,” which is to leave behind all years of the crisis and “take a leap into the future.”
“We are each ready to take the fate of our country into our hands,” Mitsotakis said, asking voters to give him their vote. A strong mandate, he said, will allow him to negotiate with Brussels for reduced primary surpluses, reduce taxes, and negotiate for the best possible Common Agricultural Policy for Greece.