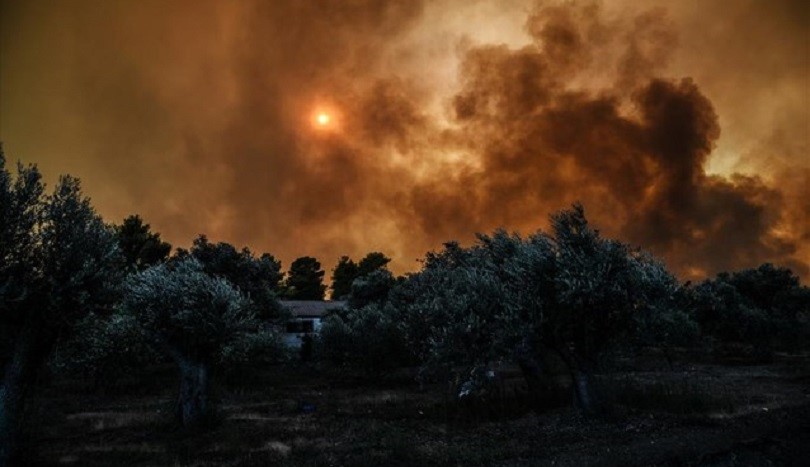 The World Wildlife Fund (WWF) warned of the risks from new faster-spreading ‘superfires’ during heatwaves and drought periods affecting Europe as a symptom of climate change, according to Reuters.
Although the Mediterranean is the area most affected by wildfires, northern European countries have recently seen huge forest blazes.
In Europe, an average of 300,000 hectares (740,000 acres) of forest burn every year, European data show.
The report, released by WWF Spain on Thursday, said the fires cost the continent an estimated 3 billion euros ($3.38 billion) annually.
Between 2017 and 2018, rabid ‘superfires’ fanned by strong winds and phenomena such as updraft killed 225 people in Portugal, Greece and Spain altogether. The wildfires are expected to worsen due to an inadequate allocation of resources and rising global temperatures.
“The current policy regarding fighting wildfires, which is based exclusively on a system of extinguishment, is obsolete and inefficient in fighting a new kind of ‘superfires’,” said the report. It called for more prevention measures, including better forestry management.
Other than rising temperatures, the WWF report cited rural depopulation and chaotic urbanisation as being responsible for the worsening of wildfires.
At least 13 people have died in Europe’s most recent heat wave, with many countries such as France surpassing their highest ever recorded temperatures. Over 1,400 European wildfires have already been reported in 2019.