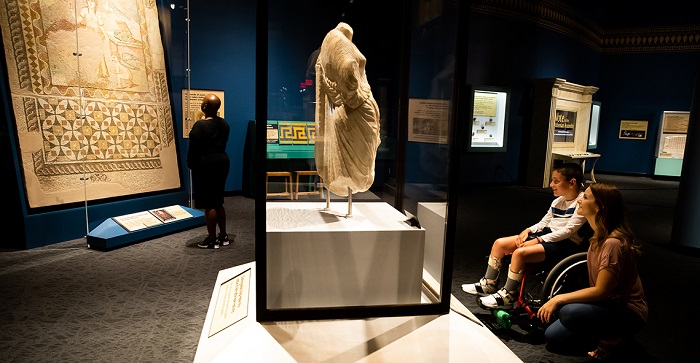 Over 150 ancient Greek artifacts, many of which have never before seen abroad, are currently exhibited at the Children’s Museum of Indianapolis.

The artifacts on exhibit come from twenty major archaeological museums in Greece.

They have been arranged in two large sections, one showing aspects of Classical Greek daily life and the other presenting Greek myths and the 12 gods of Olympus. 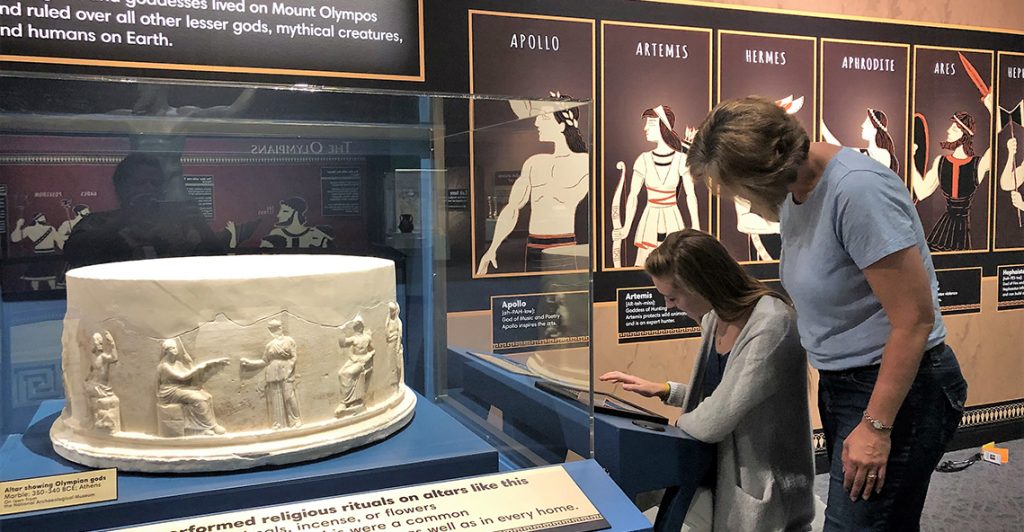 “The young visitors to the show will discover wonderful art works and the achievements of ancient Greek culture; they will also have the opportunity to learn about mythical heroes like Hercules, Achilles and Odysseus (Ulysses) and follow the gods’ adventures,” a statement by the Greek Ministry of Culture said.

The impressive exhibition opening was attended by numerous representatives of the Greek community, including Greek Consul General Aikaterini Dimaki, Greek Orthodox Metropolitan Nicholas of Detroit, Director of the Greek Culture and Sport Ministry’s Directorate of Conservation of Ancient and Modern Monuments, Maria Mertzani.

The exhibition will run until January 5, 2020, and has been coordinated by the Secretary General of the Greek Ministry of Culture and Sports, Maria Andreadaki-Vlazaki.