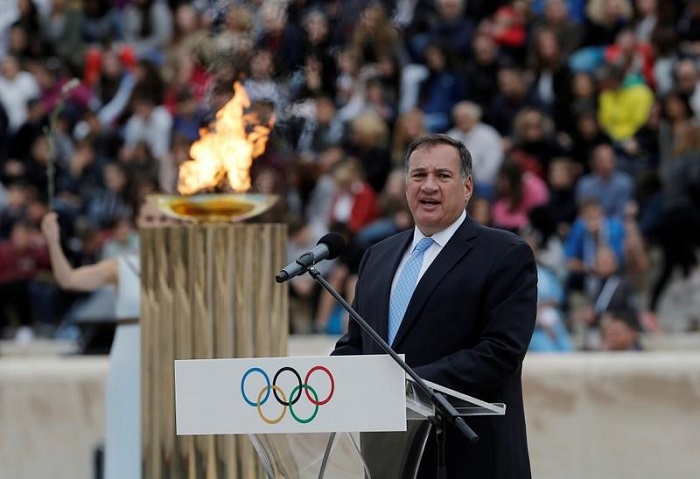 After four years of absence, Greece regained its representation on the International Olympic Committee (IOC), which appointed ten new members on Wednesday.
Among them is the head of Greece’s Olympic body, Spyros Capralos, who was elected by 60 votes out of a total of 64, despite been reprimanded back in 2012 after his involvement in a ticket resale scandal at the London Olympic Games in 2012.
“It is truly a great honor for me to be a representative of the IOC in Greece, and I want to stress that I will continue to work with all my powers for the development and spread of the Olympic ideal in my country… Greece will gain a strong voice in the Olympic Movement, as it should as is the country that gave birth to the Olympics, Capralos stated.
The nation of Greece, where the Olympic Games originated and which hosted the 2004 Games, had been without a member on the IOC since 2015. That was the first time that had happened since 1894, the year the IOC was created.
Greece will host the 2021 IOC meetings in Athens which will, among other issues, decide on the possible re-election of current IOC President Thomas Bach of Germany.