Food in Greece 5% More Expensive Than EU Average in 2018 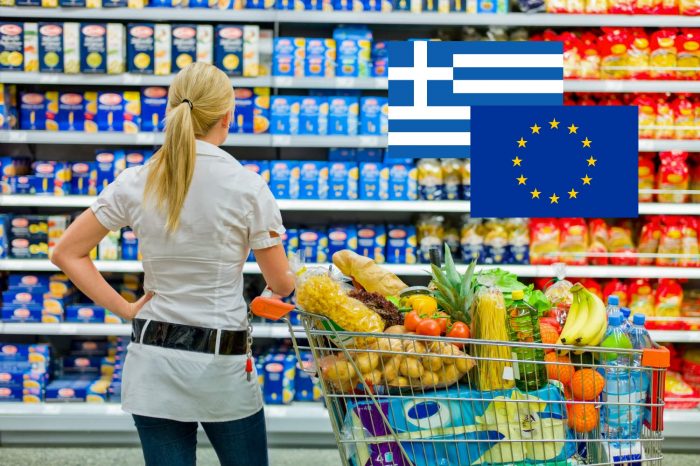 According to the latest data for 2018 released recently by Eurostat, food in Greece is five percent more expensive than the average prices across the EU.
In its report, Eurostat also notes that the average disposable income of Greek households has dropped during the years of the economic crisis.
However, this decline in buying power was not solely because of the fiscal downturn but was party due to a series of new taxes and levies imposed on products in Greece, including foodstuffs, as the Greek state was struggling to raise its revenues.
Apart from food, Eurostat found that Greece is EU’s most expensive member state in regard to its prices for internet connections and telecommunication services and equipment.
All these factors, in addition to the extensive cuts which have been imposed in the past, continue to make daily life much more difficult for the average household, and much more so for the poorest classes of Greek society.