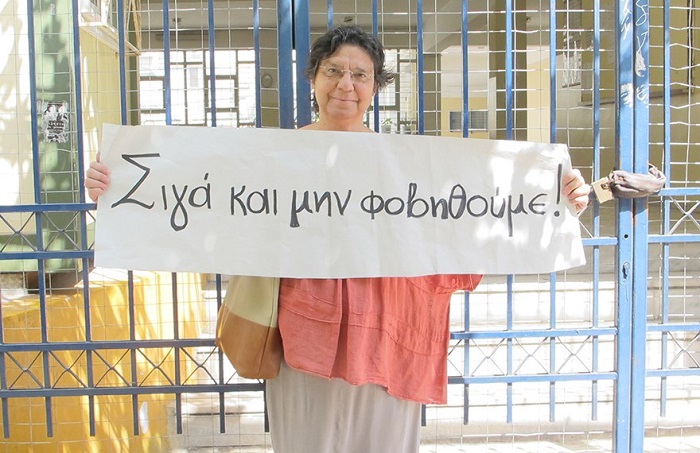 Members of the Greek academic community, student organizations and politicians have expressed support for a professor at the University of Athens who has been bullied by leftist and anarchist groups.
Associate Professor of History and Archaeology Maria Efthymiou has received threats because, according to a flier distributed at the university, “Her lectures contain class bias and ideological propaganda,” with the ultimate goal of “coaxing students to the so-called virtues of the capitalist system.”
A defiant Dr. Efthymiou, who has in the past protested the arbitrary occupations of the schools and the interruption of courses, says that she will not be bullied into silence.
She recently stood and held a banner reading “We will not be afraid” outside the university.
According to Efthymiou, “Greek universities have been transformed into places of lawlessness, destruction, occupation and vandalism by people who put different labels on themselves to cover their misery.”