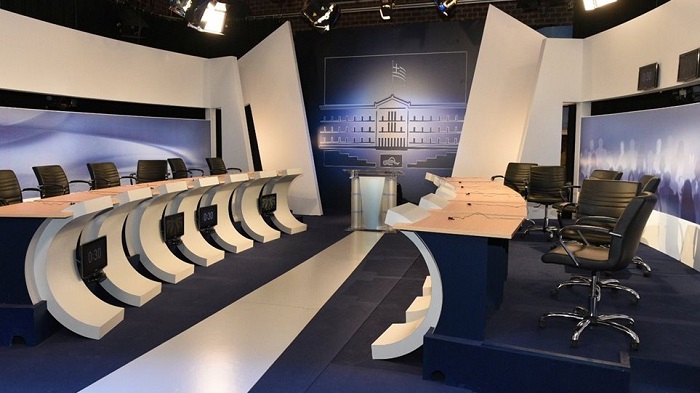 A live televised debate of Greece’s political leaders, initially scheduled for July 1, was cancelled on Monday after the parties’ representatives failed to reach an agreement on the format.
The debate has become a regular feature of recent Greek elections, as hundreds of thousands turn on their televisions to watch the final appeals of political leaders to the voters.
Although the structure of the debates has been branded as stale, since the leaders engage in parallel monologues, it nevertheless is seen as a valuable test of character and statesmanship for the candidates.
General elections in Greece were called recently by PM Alexis Tsipras, whose SYRIZA party lost the elections for the European Parliament by a wide margin to opposition New Democracy Party in May. The national elections are slated for July 7.
Opinion polls since then have shown that New Democracy is still leading over SYRIZA, and it is seen as a shoo-in to win the election, putting an end to the four-and-a half-year-long administration of Alexis Tsipras.