American Engineers to Pay Tribute to Antikythera Mechanism in Athens 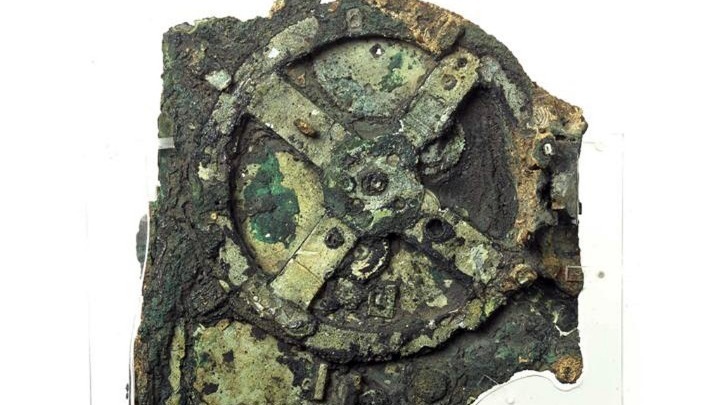 The American Society of Mechanical Engineers (ΑSME) will pay tribute to the world famous ancient artifact known as the Antikythera Mechanism, in recognition of its significance to the evolution of mechanical engineering and technology.
The society will designate the ancient technological marvel as a Historical Mechanical Engineering Landmark and present an honorary plaque during a special event at 4 PM local time on June 26, in the Altar Hall of the National Archaeological Museum in Athens.
Greek and American scientists will make brief announcements at the award ceremony about the special contribution of the Antikythera Mechanism to science, and they will also update participants on ongoing research to establish a better understanding of its structure and function.
The Antikythera Mechanism is a unique archaeological find dating back to the 1st century BC, found on the seabed near the island of Antikythera, northwest of Crete, in 1901.
The bronze device has since baffled the scientific community with the sheer amount of technical knowledge, skill and the wealth of scientific information which went into its construction and operation.
It is the oldest surviving multiple-gear mechanism, essentially an analogue “computer” for making astronomical and calendar calculations, designed to predict astronomical phenomena and to maintain a multi-annual precision calendar.
The small size of the machine, its pinion, differential and helical gears, as well as its slit system assembly, prove that the Greek engineers of the Hellenistic period were much better at designing sprocket gears than historical sources had previously suggested.
Such complex mechanisms did not reappear in Europe until nearly 1300 years later, when mechanical clocks were developed in the thirteenth century.
Source: AMNA