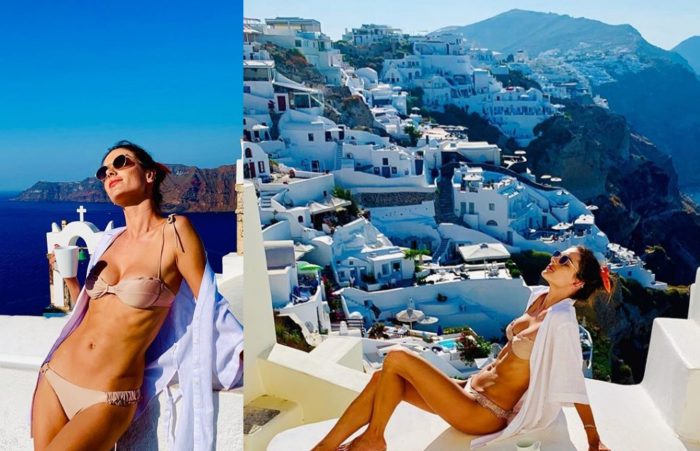 There is no end to the famous international celebrities who seem to be making their way to Greece this year, as top model Alessandra Ambrosio has been spotted enjoying life on the island of Santorini since Sunday.
The famous model decided to spend a few days away from publicity and runways in order to enjoy a few relaxing moments under the Greek sun in the idyllic Aegean destination.
Ambrosio assiduously keeps her millions of fans updated on her moves, and she has diligently posted photos from her Santorini vacation since the moment she arrived.
She uploaded her first picture of Santorini on Sunday and since then, she hasn’t stopped posting photos of both herself and the island, making jokes about the name of Santorini, either by calling it ”sun”-torini or ”Suntan”-rini!
Some of her photos are… quite revealing, as she fully enjoys the sun in one of Santorini’s many picturesque villages.
Ambrosio, who is now 38 years of age, is known for her modeling for the Victoria’s Secret company, as she served as ”Victoria’s Secret Angel” for seventeen years, from 2000 to 2017.
Originally from Brazil, Ambrosio often chooses Greece for her vacations, as she was spotted just a couple of years ago on Mykonos.