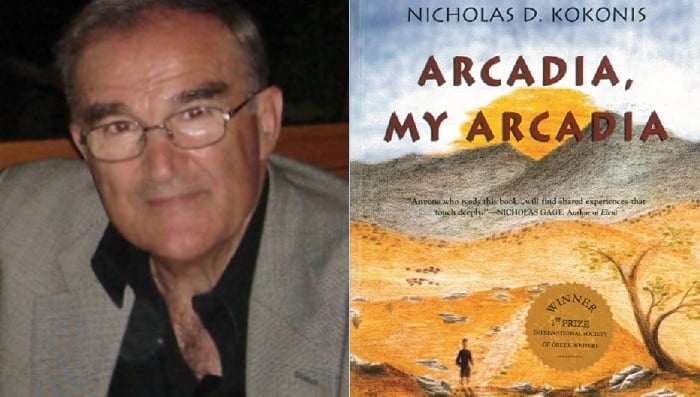 Dr. Nicholas Kokonis’ inner need to address how a man finds his place in the world prompted the Greek-American to write his book entitled “Arcadia, My Arcadia” as well as its sequel, “Out of Arcadia.”
Feeling that his native country had once marginalized him, the author wanted to pay tribute to the individuals – his parents, teachers and benefactors – who helped him to eventually find his place in the sun. “I wanted to pay tribute especially to the teachers,” he told the Greek Reporter, “because a teacher’s influence cannot be estimated. It lasts forever.”
Kokonis immigrated to the United States from Greece in 1962 during the second major wave of mass emigration which took place after the formation of the modern Greek state in the early 1830’s.
According to the Migration Policy Institute, more than one million Greeks migrated in this second wave, mostly between 1950 and 1974, to Western Europe, the US, Canada, and Australia, for economic as well as political reasons.
Kokonis relates, “I was born in 1941, when the Nazis occupied my country. Our house had been taken over by the Nazis. We were very poor, dirt poor. I was going to become either a shepherd or go to the farmer’s school in Thessaloniki to learn new methods of agriculture and return to my village.”
He then explains “When I saw all of this poverty, when I saw how my parents struggled to raise their family, I began to think of leaving because at that time America had opened its doors to many immigrants. But how could I get out? I had no one in America to sponsor me.”
The author eventually became a private tutor for several families in Tripolis (in the central part of the Peloponnesian peninsula). One of the families was headed by one of the Kantaros brothers, who owned the best grocery store in the area. “That man helped me find a way,” Kokonis recalls.
“He spoke to the manager of the local bank, who issued me a bogus certificate of deposit which I used to bypass the affidavit of support needed for me to go to America,” Kokonis admits.
Despite his utter and complete desperation to escape the dusty poverty of Arcadia, then to make his place in America and achieve his goals, the author says he is a Greek at heart and he still sees Arcadia as his mother. 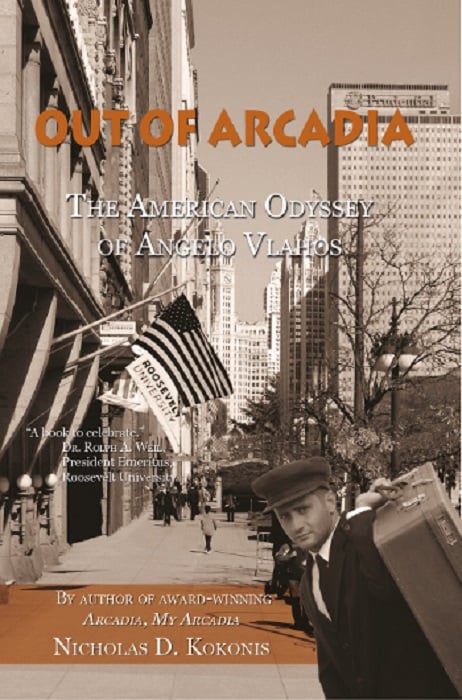 “When I said ‘Arcadia, My Arcadia,’ when I used that as the title I just wanted to express my affection towards my own country. I had to give up my own country in order to find myself in the world. But I carry Arcadia in my heart like a moving holiday. I will never, never forget Arcadia,” Kokonis related with deep feeling.
His endeavor now is to take his award-winning book on his Arcadia-to-America odyssey to the big screen, telling the Greek Reporter, “If there is someone who would love to take it to the big screen, it would be the greatest honor for me.
“Because everybody that reads this story says that it is visual, they can visualize what’s happening, it is a moving story,” he says.