By Tasos Kokkinidis
June 15, 2019
Facebook
Twitter
WhatsApp
Linkedin
Email
How magical would it be if you could wake up one morning and see the wings of an old windmill turning lazily outside your window? It is an extraordinary experience that any visitor can have while visiting the Greek islands. Here are the eight best windmill hotels in Greece which will offer you just that — as well as unforgettable views of the Aegean sea.
Porto Mykonos on Mykonos 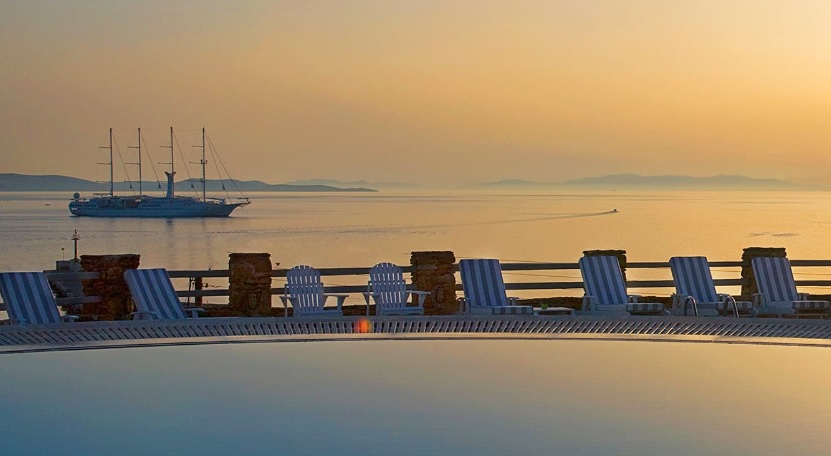 This hotel’s traditional windmill is one of the few still operating in Mykonos Town. An open-plan traditional windmill, built on three levels with private seaview terraces, it is an ideal base from which you can explore the cosmopolitan Greek island.
The Mykonos windmills are iconic features of the island. They can be viewed from everywhere in the main town and they are the first thing visitors see when coming into the harbor of Alefkandra, as they stand on a hill overlooking the sea. They were primarily used historically to grind wheat, and were once an important source of income for island inhabitants.
Windmill Villas on Santorini 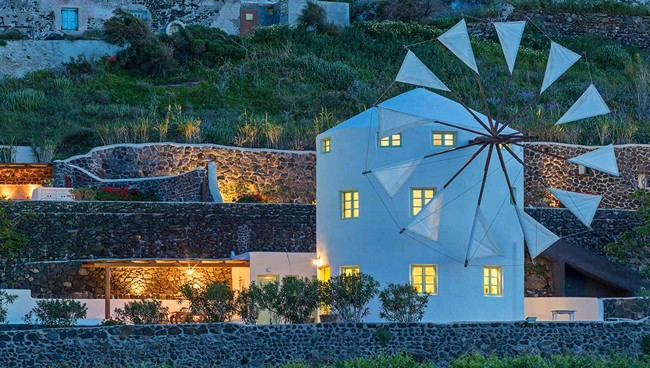 This hotel consists of three beautiful, newly-built windmills. The hotel is located within walking distance of the village of Imerovigli. All the mills have romantic terraces and are equipped with hammocks, sofas, outdoor pools and lovely stone patios which offer a panoramic view of the sea.
Each of the windmills has also been painted a different color. Anyone who is lucky enough to be staying at the Windmill Hotel on Santorini will enjoy breathtaking views of the sun as it sets in the Aegean Sea.
The Windmill Resort on Kythera 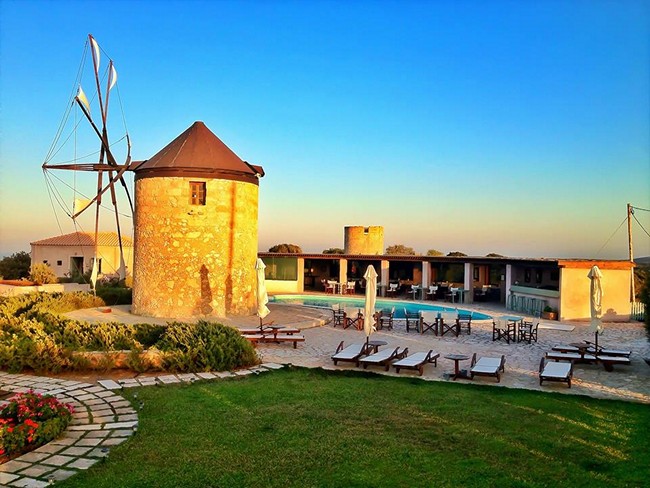 This charming, romantic and relaxing hotel complex is built around one of the oldest stone windmills on the island. The windmill coexists harmoniously with the pool, the gardens full of colorful flowers, and the unique beauty of the Kytherian landscape. The apartments are spread around the resort, which was constructed as its own quiet, peaceful village.
The Aria Windmill on Kimolos 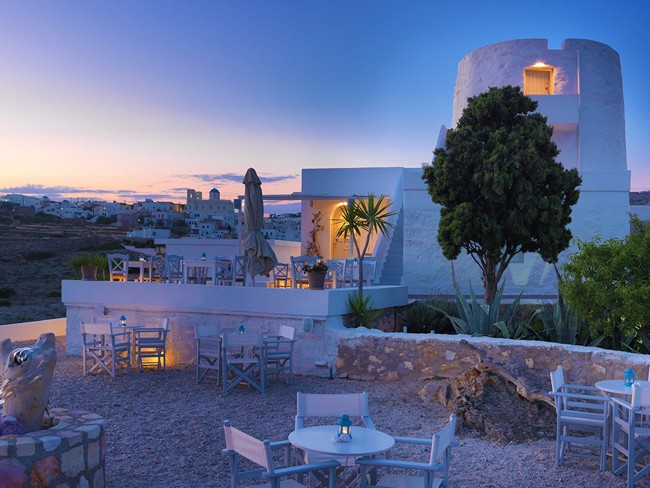 Built in 1852, this property used to be called the “Doctor’s Windmill.” It is one of the few authentic traditional windmills still in existence in Greece. The hotel chain Aria purchased the windmill several years ago and renovated it to create a unique vacation experience for visitors.
Its rooms are equipped with built-in beds, white furniture and traditional island balconies with built-in sofas. The Aria Windmill is the perfect place to find serenity in the Aegean while enjoying stunning views.
Windmill Villas on Sifnos 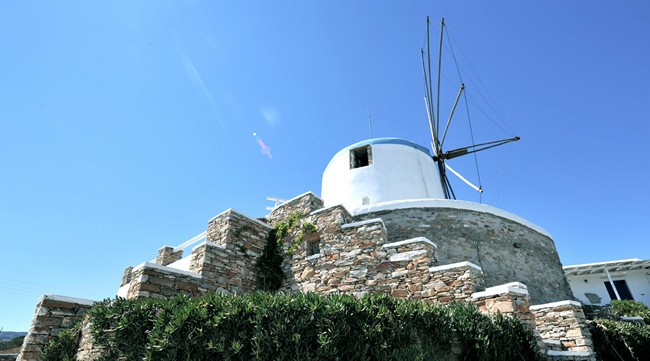 This hotel, part of which is an old family mill which was renovated in 1997, now features a beautifully-renovated apartment in the mill for visitors. Over the years, the owners have also built several additional studio apartments around the mill itself.
The complex, located on a hill near the village of Artemona, gives visitors the opportunity to enjoy a unique view of the villages of Apollonia and Kastro, the ancient capital of the island. The impressive decor of the hotel’s interior spaces successfully combines the windmill’s original materials with subtle modern touches.
The Windmill-Villa on Ano Koufonissi 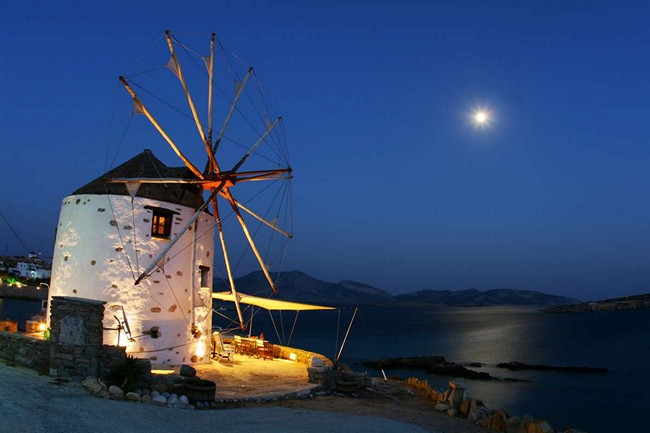 This traditional windmill is one of the island’s most extraordinary hotels. It is a preserved historical landmark which has been renovated to offer an unforgettable experience to visitors. The mill, located on the southwest side of the island, was built around 1830 and has been described as the newest monument of the pre-industrial period.
The owners paid much attention in preserving the mill’s authentic architecture during its reconstruction. The building consists of two floors, with a fully-equipped kitchen and adjoining bedrooms. The hotel offers jaw-dropping views of Naxos and other nearby islands.