Shackled Skeletons from Ancient Greece to Get Underground Display 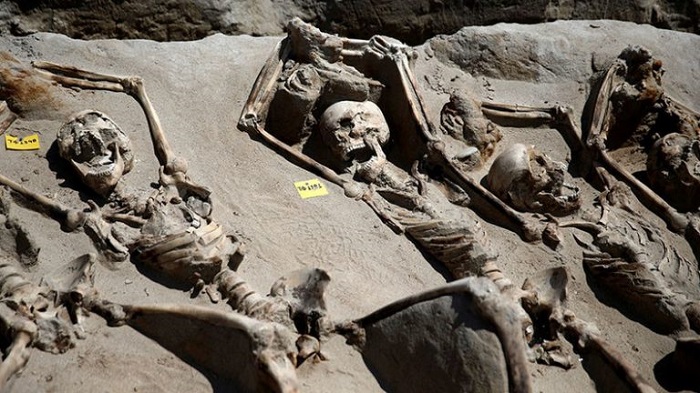 Greece’s Central Archaeological Council (KAS) on Tuesday announced that they have decided to construct an underground “shell” which will permanently protect and display the 80 skeletons discovered in 2016 in a mass grave in an ancient Greek cemetery, south of Athens.
The skeletons, their wrists still bound by iron shackles, were found in an area of the Falyron Delta necropolis. The grisly find was actually a rare and extraordinary one, which was hailed as one of the ten most important archaeological discoveries of 2016 by the respected US periodical Archaeology.
According to archaeologists, the men had been victims of a mass execution at some point between the eighth and fifth centuries BC. But who the men were, how they got there and why they appear to have been buried with a measure of respect – all that remains a mystery. 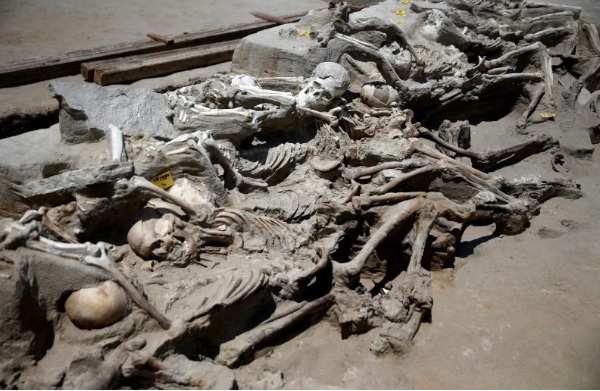 One of the strongest hypotheses is that the executed men had been supporters of Cylon, an Athenian nobleman and Olympic champion who staged an attempted coup in Athens in 632 BC with the help of his father-in–law, the tyrant of Megara.
The coup failed, and Cylon then hid inside a temple on the Acropolis. He later managed to escape, but the people who had backed him were killed. 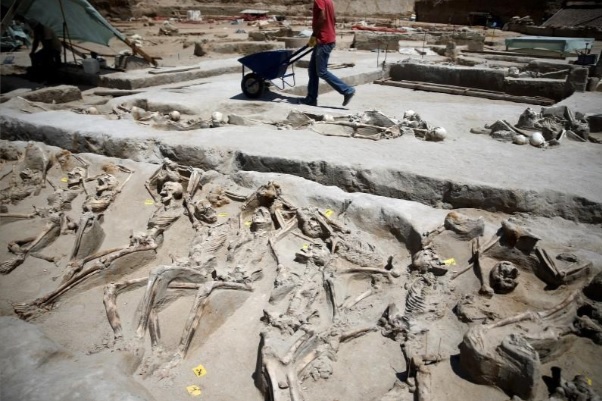 The KAS wants to turn the necropolis into a visitable site for public education and tours. According to the Athens Macedonian News Agency (AMNA) the idea is that, once conditions are right, the three groups of graves will be covered by the construction of a simple, plain underground shell which will blend tastefully with the surrounding landscape.
The shell will have to also provide the just the right microclimate for the preservation of the skeletons, in accordance with environmental requirements.
The project will be architecturally simple and plain and will seek to instill a sense that visitors are going downward into a respectful resting place for the dead, not entering just another “tourist attraction.”