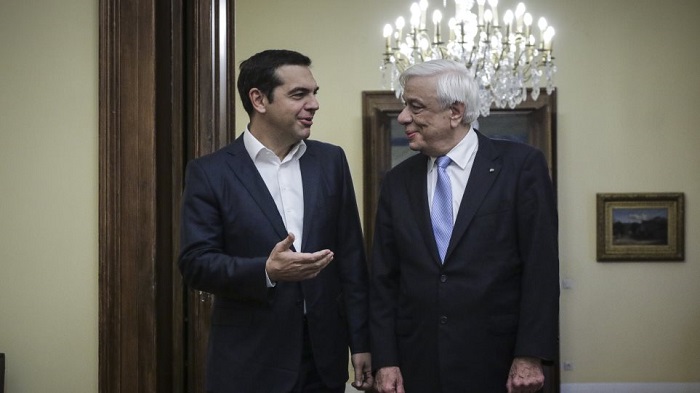 Greece’s Prime Minister Alexis Tsipras will meet with the President of the Hellenic Republic Prokopis Pavlopoulos on Monday to ask for early national elections by dissolving Parliament.
The meeting, which takes place two weeks after the governing SYRIZA party lost to opposition New Democracy (ND) by almost 9.5 percent points in the European elections, is expected to take place in the late afternoon.
The government has signaled that its preferred day for the national polls is July 7.
All 300 seats in the Hellenic Parliament will be contested. It will be the first national election in Greece in which the voting age will be lowered to 17, and the number of parliamentary constituencies was increased from 56 to 59.
Athens B, the largest constituency with 44 seats before the 2018 reform, was broken up into smaller constituencies, the largest of which has 18 seats.
On Sunday, the former junior partner in the SYRIZA-led government, the Independent Greeks, announced that it will not contest the elections after suffering humiliating results in the European elections.
The party of former Defense Minister Panos Kammenos placed fifteenth, attracting a paltry 0.8 percent of the vote.
Related: Seven Reasons Why Greek Voters Punished Tsipras on Sunday