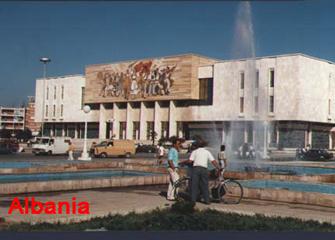 In the past few days thousands of Albanians have rallied at capital Tirana demanding the resignation of Prime Minister Edi Rama whom they accuse of corruption.

Demonstrations have turned violent with police responding with tear gas and water cannons to disperse the anti-government protesters.

Opposition leader Lulzim Basha is urging his supporters to remain in the streets and push for Rama’s resignation.