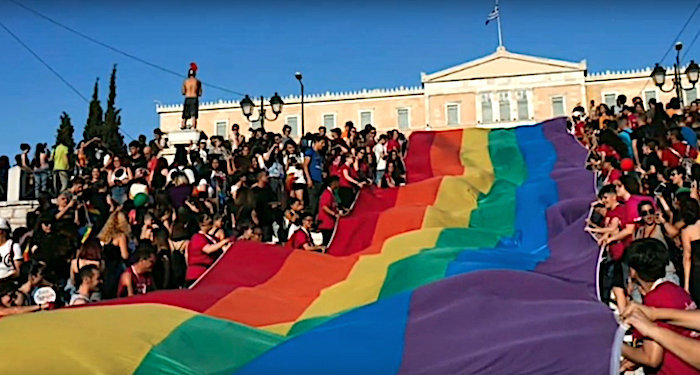 Athens Pride 2019, Greece’s 15th LGBTQ festival that took place at Syntagma Square on Saturday was a celebration of diversity and honored slain gay activist Zak Kostopoulos.
This year’s Athens Pride also was in commemoration of the 50th anniversary of the Stonewall Inn uprising in New York City. The main slogan was “The street has our own history”, meaning the activists rallies for the rights of the LGBTQ community of the last 50 years.
Multi-colored flags started fluttering at Syntagma Square early in the morning. The Attica Region that supports the festival had all pedestrian crossings painted in the rainbow colors to honor the LGBTQ community. A big stage was also set up for the speakers and performers. 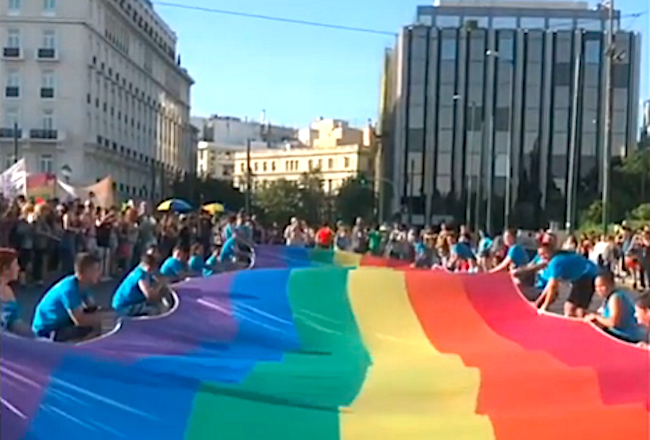 Acrivities started at noon on Saturday with the parade commencing at 18:30 and passing through main streets of downtown Athens. Thousands of people paraded carrying placards and rainbow flags.
On the occasion of Athens Pride 2019, Prime Minister Alexis Tsipras posted a Saturday message on social media in acknowledgement and celebration of equality and human rights.
“Every human being has the right to allege all rights and freedoms, without any discrimination whatsoever, more so pertaining to race, color, gender, language, religion, politics or other beliefs,” said the Prime Minister.
“We, too, have chosen this path,” said the Greek premier.
After the colorful parade, the real party began with some of the most popular Greek singers performing on the big stage. Eleni Foureira, Tamta, Thodoris Mavrogiorgis and Phoebos Delivorias sang until late at night, making the 15th Athens Pride a great success.