“Agamemnon to Alexander the Great” Exhibit Opens in Seoul 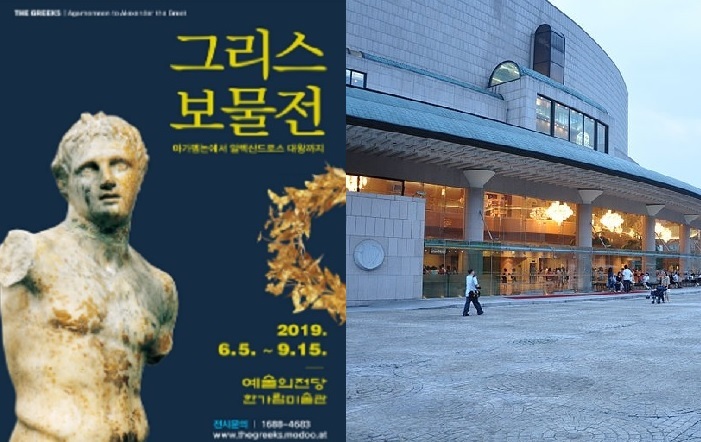 An exhibit featuring more than 350 ancient Greek artifacts opened at the Seoul Arts Center’s Hangaram Museum in the Korean capital on Wednesday.

Titled “The Greeks, From Agamemnon to Alexander the Great,” the exhibition will be open until September 15, 2019.

“The organization of an exhibition that presents the epitome of ancient Greek civilization is a special cultural event for this Asian country due to the keen interest of the Korean public for Greece and Greek culture, as well as the importance of highlighting the fundamental contribution of ancient Greek culture to shaping the modern Western world,”  the Greek Ministry of Culture said in a statement.

The exhibit, which has already experienced ”huge success and a spectacular number of visitors,” according to the Ministry, is considered a major cultural event in Seoul. The show was presented to the public in four North American museums from December, 2014 until October, 2016.

The Seoul Arts Center is an arts complex in the Seocho-gu district of Seoul, consististing of five main buildings; its Opera House, with three auditoriums; the Music Hall, with two concert halls; the Hangaram Art Museum; the Hangaram Design Museum; and the Seoul Calligraphy Art Museum.

The Opera House is built in a shape resembling the traditional Korean bamboo hat, called a “gat.”