Greece Calls Germany to the Negotiating Table Over War Reparations 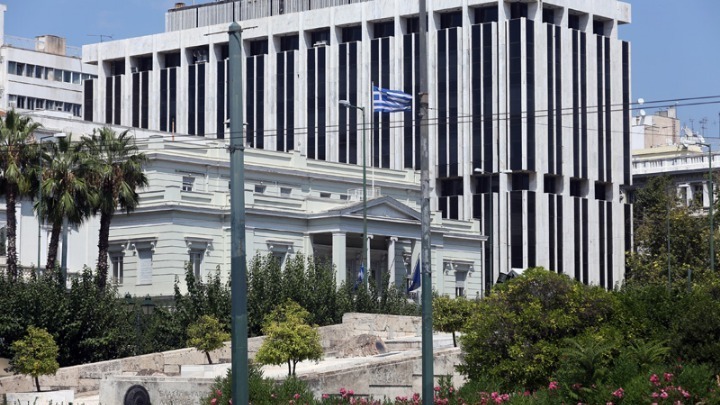 The Greek ambassador to Berlin on Tuesday presented a so-called note verbale to the German Foreign Affairs Ministry, calling Germany to negotiations on outstanding World War I and II reparations and compensation.
According to a statement by the ministry, Alternate Foreign Affairs Minister Sia Anagnostopoulou ordered the diplomatic move following parliamentary approval.
On April 17, the Greek Parliament’s plenary ratified a report by the Interparty Parliamentary Committee which paved the way for a diplomatic move on the issue.
Lawmakers called for the government to pursue demands for €300 billion in damages. The findings of the report had been described as the first complete summation of Nazi atrocities in Greece.
Greece’s claims concern reparations for losses and damage suffered by Greece and its citizens in WWI and II, compensation for the victims of the German occupation and their descendants, the repayment of the loan Nazi Germany forcefully extracted from Greece, and the return of looted archaeological treasures, the Greek Foreign Ministry said.
Berlin has long argued that recompense was delivered when, under a bilateral accord, it paid Athens the sum of 115 million Deutschmarks in 1960.
The issue of German reparations to Greece for World War II has been legally and politically resolved, German government spokesman Steffen Seibert reiterated the day the Greek parliament discussed the report.