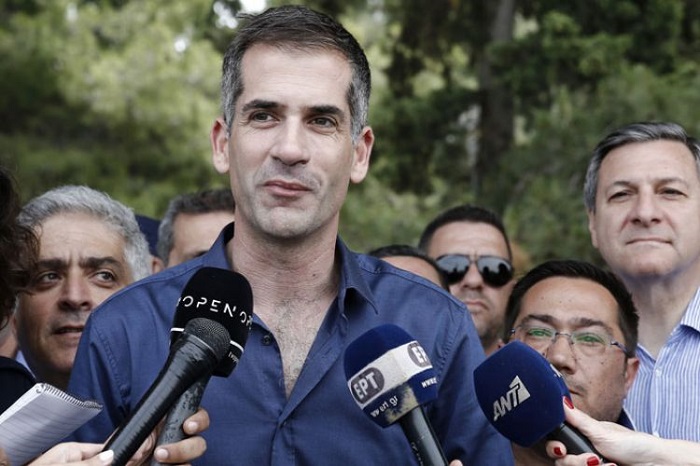 Kostas Bakoyannis, the candidate officially supported by Greek opposition party New Democracy, won the race to become Athens’ new mayor in the second round of the local and regional elections which took place on Sunday.
According to preliminary results and the official estimation of the Ministry of the Interior, Bakoyannis garnered 65.2 per cent of the vote. His SYRIZA-backed opponent Nasos Iliopoulos received 34.8 per cent.
Before he joined the race for the Greek capital’s mayoralty, Bakoyannis served as mayor of the town of Karpenisi, and he was popularly elected as Regional governor of Central Greece in the 2014 local elections.
Born in 1978 in Athens to New Democracy politicians Dora and Pavlos Bakoyannis, Kostas Bakoyannis lost his father Pavlos in 1989, when he was assassinated by the leftist terrorist group, Revolutionary Organization 17 November.
The younger Bakoyannis studied history and international relations at Brown University in Rhode Island and graduated from Harvard with a Masters in Public Administration.