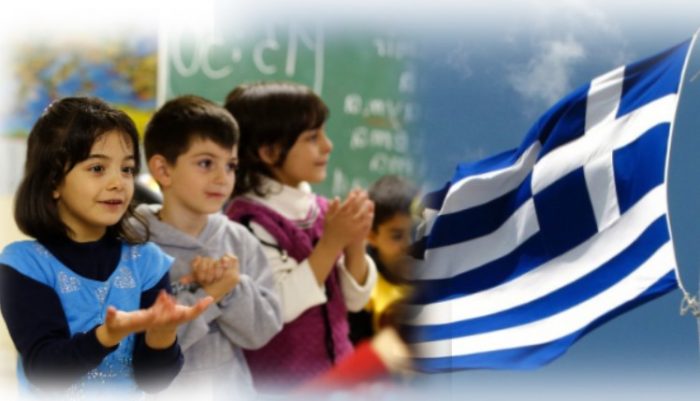 Merope Tzoufi, Greece’s Alternate Education Minister, presented the latest data concerning the Education of refugee children in Greece on Thursday.
Tzoufi said at a special event held in the Greek Ministry of Education that approximately 12,500 refugee children are currently attending Greece’s public schools during the school year of 2018-19.
Greece has followed a refugee education plan since 2016 which provides specially-trained educational staff and psychologists to schools which educate children from refugee families.
Out of the approximately one million refugees who arrived in Europe through the nation of Greece in the period between 2015 and 2016, a total of 20,000 children have remained in Greece.
Five thousand of this total still live on Greek islands, with the remaining 15,000 living elsewhere in the Greek mainland.
Most of the children still live either in refugee camps or in subsidized homes and apartments across the country.