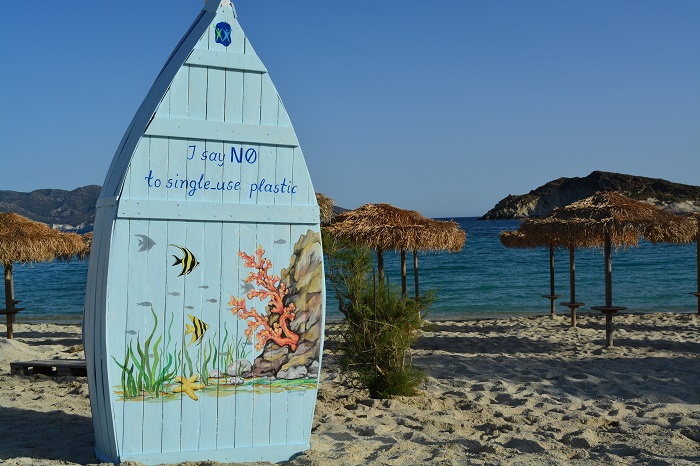 A group of islanders from Kimolos, located in the southwest of the island group the Cyclades, have installed free lending libraries at all the major beaches of the island to make tourists’ stays even more enjoyable.
The tiny libraries, made in the shape of dories, and painted in hues of blue and white, will be lending books printed in Greek, English and other languages this summer. 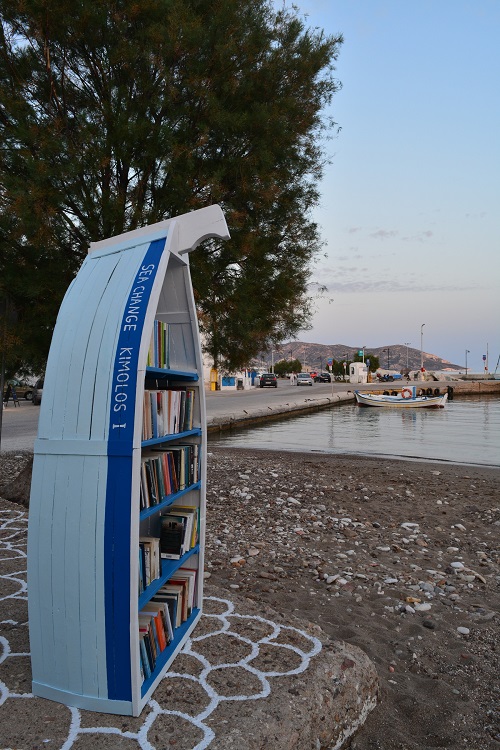 Beautifully constructed by the painter Eleni Technopoulou, the libraries have four different designs, containing messages promoting the reduction of disposable plastic and the protection of the seas. 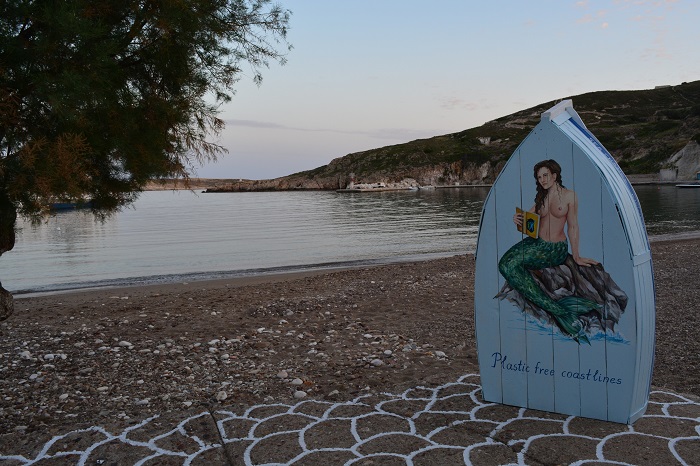 The project was made possible by a grant from the A C Laskaridis Charitable Foundation under the “Sea Change Greek Islands” program, which aims to protect the marine environment and reduce disposable plastic. 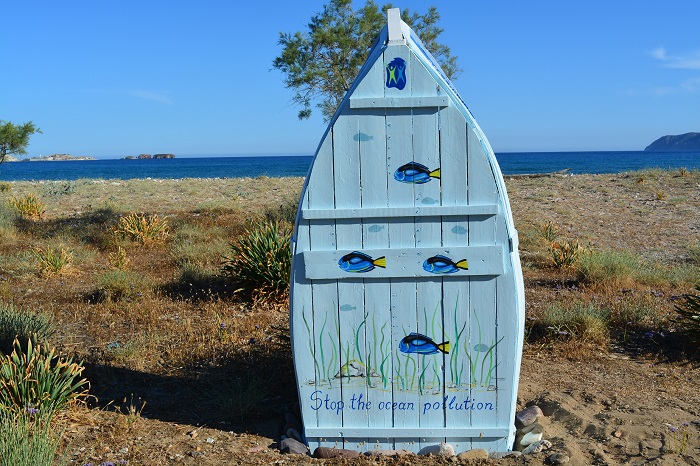 The volcanic island of Kimolos is a tiny jewel with a rich history, beautiful landscapes and sandy beaches.
According to an ancient tradition, the island was named after Kimolos, its very first resident. Echinousa is also a recorded name of the island during ancient times, probably because of the Echidna snakes (vipers), which are common even today on the island.