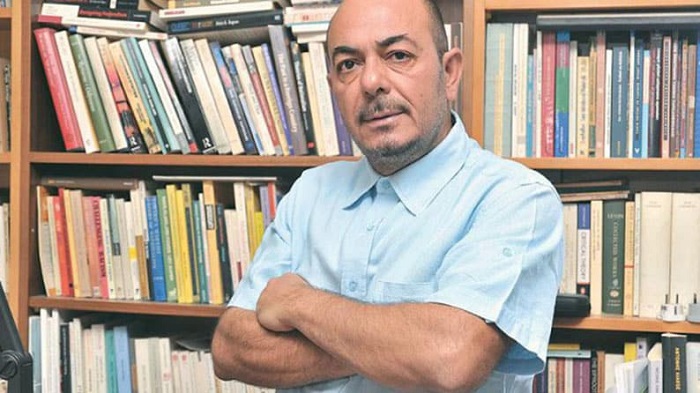 The European vote in Cyprus produced a landmark result on Sunday when a Turkish Cypriot was elected as an MEP for the first time on the ethnically-divided island.
Among the six MEPs elected was university professor Niyazi Kizilyurek, 59, who was on the ticket of the main Greek Cypriot opposition party, the communist Akel.
The ruling Disy Party came out on top in the elections, with opposition Akel trailing some two percentage points behind, at twenty-seven percent. The center Diko Party came in third, with fourteen percent. The socialist party Edek earned eleven percent of the vote and the far-right Elam Party had eight percent.
As of 2016, Kizilyurek was a professor of political history at the University of Cyprus, specializing in the political history of Turkey and Cyprus, and he also served as the Dean of the School of Humanities there.
Akel leader Andros Kyprianou thanked Turkish Cypriots who had worked with the party, saying “Peace in Cyprus cannot be prevented.”
Turkish Cypriots are considered EU citizens and have the right to run and vote in European elections, although under the current constitution they cannot participate in parliamentary ballots in the south.
This is the first time since the outbreak of inter-communal violence in 1963 that a Turkish Cypriot has been elected to office in the Republic of Cyprus and has given Turkish Cypriots a voice in public affairs.
Cyprus President Nicos Anastasiades hailed the participation of Turkish Cypriots in the European elections.
“Turkish Cypriot participation creates the conditions for all citizens to understand that Europe can help us overcome problems facing the talks, and create the conditions where we could be happy living in a reunited country,” Anastasiades told reporters.