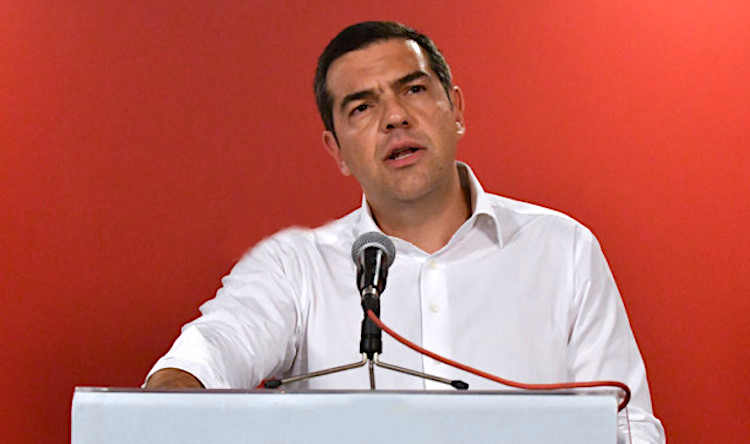 Greek PM Alexis Tsipras called for snap elections after his SYRIZA party was completely routed in the European and local elections held on Sunday.
Tsipras said that he will request the Greek President to dissolve the Greek parliament immediately after the second round of the local and municipal elections.
“The outcome was not up to our expectations,” Tsipras admitted tersely.
He said that in the wake of SYRIZA’s defeat, his commitment to the people is a “moral obligation.” The outcome of the triple elections had clearly given the opposition the right to question the government’s so-called “historic endeavor.”
Although Tsipras did not mention the date of the new elections on Sunday night, political analysts estimate that it would be most likely in late June, possibly June 30.
Shortly before Tsipras’s televised statement, ND leader Kyriakos Mitsotakis had requested early elections. Shortly before Tsipras’s televised statement,
“The change I had been talking throughout the pre-election campaign has already started. Greece needs a new government. The prime minister must assume his responsibilities. He should resign and the country must be led to national elections as soon as possible,” Mitsotakis said.
With almost sixty percent of the votes counted in the European election, the opposition New Democracy Party is set to win the contest by more than nine percentage points.
According to official results, ND has garnered 33.2 percent of the votes, with the governing SYRIZA Party following with 23.7 percent.
The socialist party Movement for Change came in third at 7.4 percent, followed by the Communist KKE party at 5.5 percent, according to the results.
Greece’s neo-Nazi party Golden Dawn fell to an estimated 4.8 percent — nearly five points short of its previous showing in 2014 — with a new nationalist party, Greek Solution, at 4 percent, apparently making gains at their expense.
Mera 25, the party founded by former finance minister Yanis Varoufakis, received just above the representation threshold of three percent and will send a single member to the European parliament.
Speaking after the first official results were announced, ND leader Kyriakos Mitsotakis said that the current Greek government has lost its legitimacy.
“Greece is in need of a new government. PM Tsipras must assume his responsibility and resign. The country needs elections,” Mitsotakis declared.
The ND leader added that he strives to unite all Greeks, irrespective of who they voted for. “The sun is rising on a much brighter Greece,” he added.