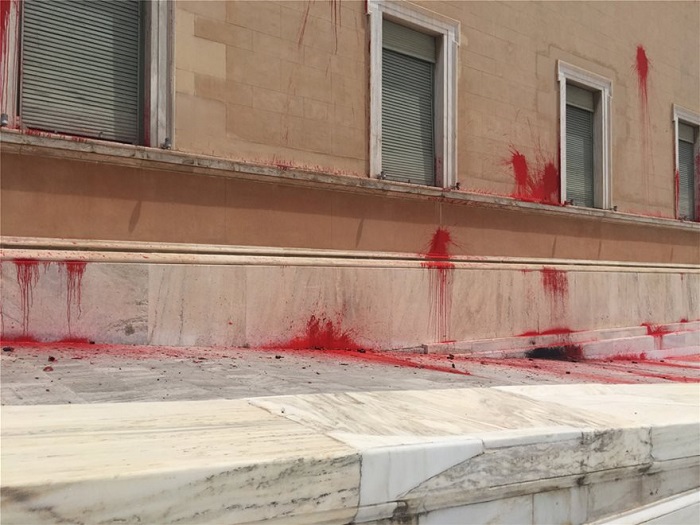 A man arrested after a group of anarchists splashed red paint on the outer walls of the parliament building in Athens earlier in the week was released on bail on Friday.
The 36-year man, member of the infamous Rouvikonas (Rubicon) group, was the only person arrested on Tuesday.
He was allowed to walk provided he would not leave the country, he would appear twice a month at his local police station, and pay a bail amount of 30,000 euros.
The vandals splashed red paint and set off two smoke bombs before running away into the streets around Syntagma Square.
The Rouvikonas group assumed responsibility for the attack, which it said was carried out in solidarity with jailed November 17 terrorist Dimitris Koufontinas, who has recently been denied a furlough. The group also released a video of the attack on the Parliament building.