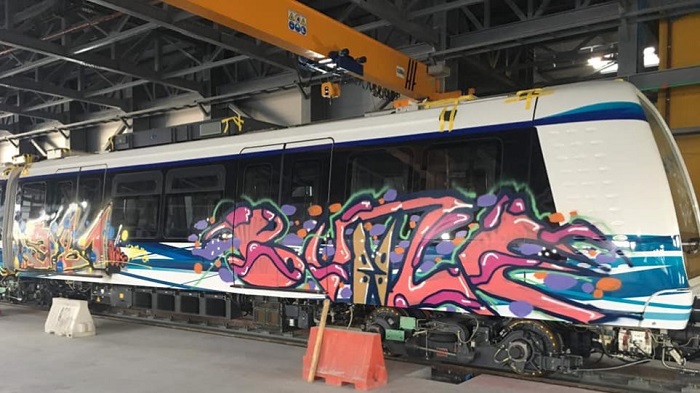 The newly-arrived first carriages, which will be part of the long-awaited Thessaloniki metro train, became targets for vandals on Sunday.
The carriages, kept in a Thessaloniki city depot, were spray painted with graffiti and slogans, despite the fact that they were being kept under guard.
“Unfortunately, despite the doubling of security measures, unknown assailants have stormed the depot (and) sprayed graffiti on one side of the two carriages,” admitted Yiannis Mylopoulos, president of Attiko Metro.
Just five months since Greek premier Alexis Tsipras unveiled the Thessaloniki Metro, the four carriages which will make up the first train arrived last Wednesday. 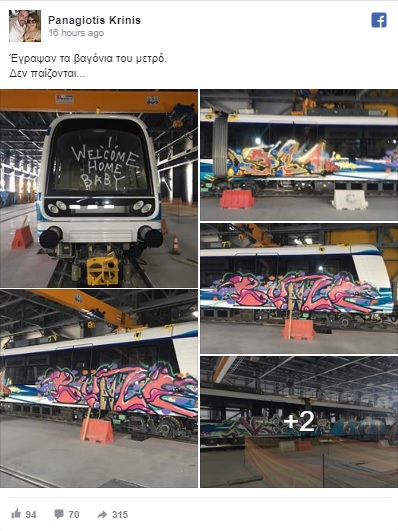