GRNews
GreekReporter.comBusinessReports Say Greek Banks to Axe Up to 4,000 Jobs in 2019 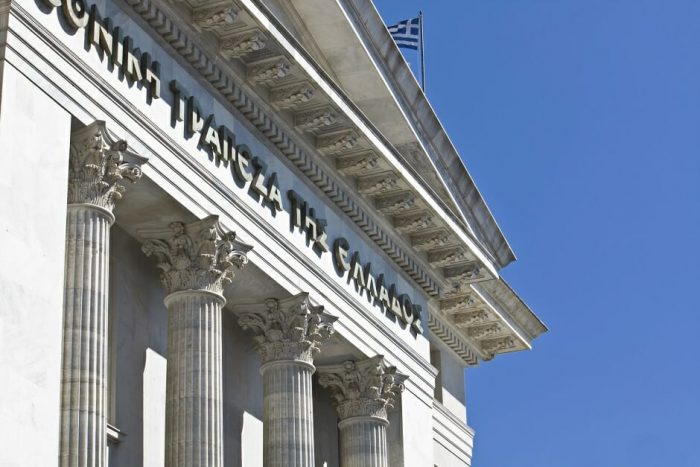 Greek banks are expected to cut up to 4,000 positions during the year 2019, various outlets in the Greek media reported on Monday.
Most of the reductions, as has happened in the past, are not expected to come through outright dismissals but through voluntary redundancy, in which the banks offer financial incentives to their staff to retire or resign.
However, several Greek media reports suggest that this year might bring a great deal of dismissals as well, apart from any new voluntary redundancy programs.
The reasons for this development are mainly twofold. The significant reduction in the amount of bad loans that the Greek banks now hold, which is aimed at making the Greek banking system healthier, will inevitably lead to a shrinking of the size of Greek banks.
The second important reason has to do with technological progress, and therefore is broader and more difficult to quantify.
In an era when an increasing number of banking transactions are being conducted via online or mobile banking services, the role of traditional bank branches is now threatened.
The fact that Greek banks are poised to become healthier but smaller, combined with technological advancements, will inevitably lead to a reduction of employees in the banking sector.
In 2008, the Greek banking system employed more than 66,000 people across the nation. In 2018, the number of Greek citizens who worked in the banking sector was only 39,380 — signifying a slashing of more than forty percent from the banking workforce.
The actual number of physical bank branches in Greece has experienced a similar trajectory. In 2008, Greece had a total of 4,097 bank branches, while now the country has only 1,979 branches.
This is not just a Greek trend of course, as similar figures for banks are currently being seen all across the Western world.
However, Greek banks have had to work through a double whammy of problems, as they were forced to deal with the unprecedented financial crisis of the last decade on top of the changes which new technologies have brought to the sector worldwide.