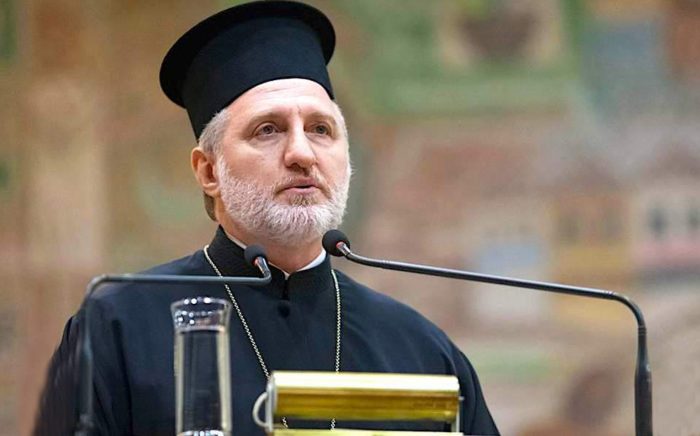 Elpidoforos, the Bishop of Bursa, was elected as the new Greek Orthodox Archbishop of America on Saturday.

Ηe graduated from the Aristotle University of Thessaloniki in 1991. He was then admitted as a graduate student in the School of Byzantine Literature at the University of Bonn in Germany.

Elpidoforos completed his postgraduate studies in 1993.

As a Ph.D. candidate at the School of Pastoral and Social Theology of the Aristotle University of Thessaloniki, he submitted his doctoral thesis on ”The stand of Severus of Antioch against the Synod of Chalcedon.”

The newly-elected Archbishop has served as the Abbot of the Monastery of Holy Trinity in Halki since August of 2011.

Demetrios, the former Archbishop of America, submitted his resignation on Saturday, May 4.

The 91-year old Archbishop had led a church of more than one and a half million Greek Orthodox Christians in the United States while promoting the values and interests of Hellenism among ordinary Americans as well as powerful players in the White House and the State Department.