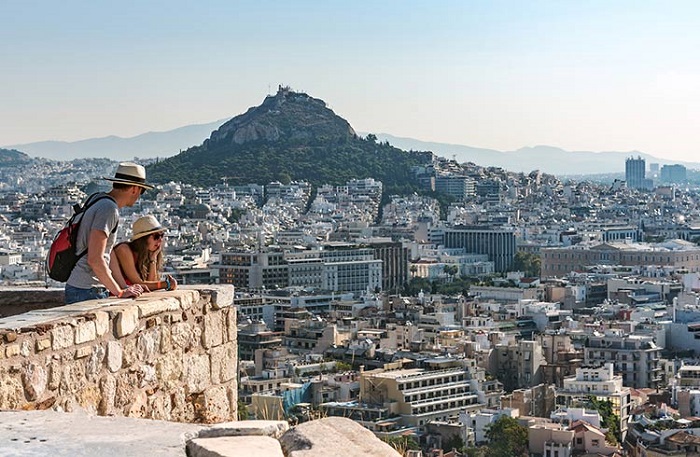 A total of 5.3 percent of the total available apartments in Athens are now ”blocked” by being rented exclusively via Airbnb-style platforms, an organization called the ”Association of Sharing Economy” (SODIA) said on Thursday.
Their surprising figures were presented at an event organized by the Athens Traders Association and the Greek Federation of Home Owners.
From a total of approximately 150,000 apartments which are currently being rented in the Greek capital, only 12,000 of them are rented through short-term rental platforms, SODIA noted.
As for the rest of the country, the total number of rented houses and apartments listed on these platforms is approximately 70,000, representing less than six percent of the total rented properties in Greece.
This shows that the negative publicity that Airbnb and other similar platforms have garnered recently is way out of proportion; as SODIA notes, ”Airbnb revitalized Athens’ city center, a region that had been abandoned for years.”
It was also noted during the event that the majority of the apartments which are now rented via Airbnb had earlier been either abandoned or not finished, something which shows the positive side of these platforms as part of the local economy.
The experts who spoke during the event noted that one of the main concerns of the Greek state must now be the increasing number of Chinese citizens who are buying properties in Greece.
In some cases, this is being used a tool for tax evasion, as Chinese citizens attempt to benefit from the ”Golden Visa” program, which grants a five-year residency status to any non-EU national who buys properties worth more than €250,000.