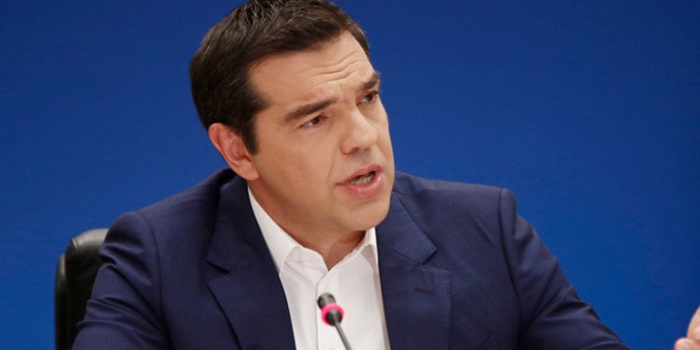 Greek Prime Minister Alexis Tsipras on Tuesday unveiled several “relief measures,” including reinstating a benefit for pensioners who had their income slashed in 2012 and lowering value added tax (VAT) in some categories.
Less than twenty days before the crucial European and local elections and as his SYRIZA party trails in opinion polls, Tsipras announced the reduction of VAT on a range of food products and restaurants from 24 to 13 percent, and cutting the rate on energy and food services to six percent from thirteen percent.
The total payouts to pensioners are expected to total 800 million euros.
Tsipras also announced a package for 2020, including “growth-oriented” measures worth 1.3 billion euros, including the abolition of a solidarity levy on incomes below 20,000 euros.
In the coming days, Tsipras told reporters, a total of 5.5 billion euros would be deposited in an escrow account, which would serve as a guarantee that Greece would meet its fiscal targets and debt obligations.
He said the country has left a very tough adjustment period of eight years and has shown positive growth trends for the third year in a row.
The Greek government has also put forward a bill in parliament which offers discounts on arrears over tax and pension contributions and stretches out payment plans to up to 120 monthly installments.