US Senator Menendez "Concerned" About Chinese Investments in Greece 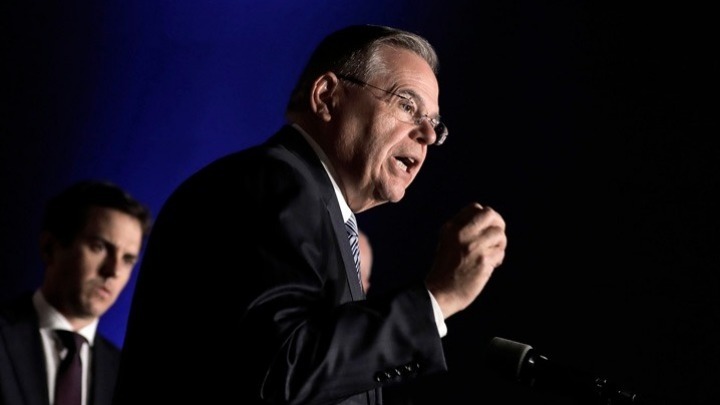 Senior US Senator Robert Menendez expressed concern over the long-term impact of Chinese investments in Greece in an interview released on Saturday.
In an interview with the Athens-Macedonian News Agency (AMNA), Menendez said that “while Chinese investment in Greece may seem positive in the short-term, there are long-term implications with respect to Chinese investments in infrastructure or IT that could impact the security and privacy of Greek citizens.”
The Senator from New Jersey, who has held the position since 2006, recently visited Greece, where he met with PM Alexis Tsipras and President Prokopis Pavlopoulos.
Together with Republican Marco Rubio, Menendez introduced bipartisan legislation to reshape American strategy in the Eastern Mediterranean and strengthen the ties between Washington, Athens, Nicosia and Tel Aviv.
“Greece is getting back on its feet economically and ready to play a renewed leadership role in the region,” Menendez said in the interview.
“The country emerged from the economic crisis with its democratic institutions intact, no small feat given the challenges,” the Senator added.
He also underlined that the possibilities for energy, security cooperation and prosperity have never been brighter in the Eastern Mediterranean.
“The opportunities to deepen security ties that bring peace, security and prosperity have never been more promising. The US administration has taken important steps through the Strategic Dialogue with Greece, Letter of Intent with Cyprus and participation in the trilateral format among Greece, Israel and Cyprus,” he added.