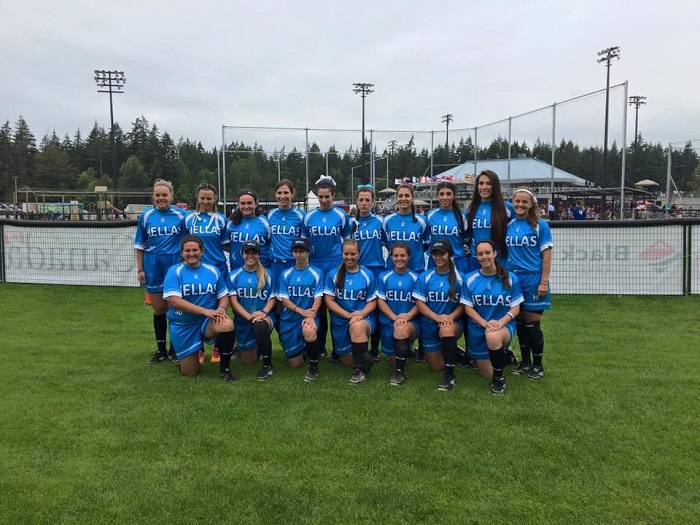 Softball, a sport not particularly well known in Greece, hopes to grab the attention of the country as the National Team will compete at the European Championship in Ostrava, Czech Republic from June 30 to July 6.
If the team places in the top 6 teams in the European Championship, the path will open for participation in the 2020 Tokyo Olympic Summer Games.
Softball was an Olympic sport from 1996-2008. After the 2008 Beijing Olympic Summer Games, it was voted out of the Olympic Games. However, the Greek Softball Federation (GSF), a volunteer-based non-profit organization strongly anticipates reinstatement of Softball at the Tokyo Games.
Talented native Greek softball players supported by Greek heritage players from Canada and the United States have created a strong team capable of proudly representing the national colors.
“We are extremely excited about the upcoming summer and the athletes selected. We have been able to develop these athletes at the international level over the last two years while they also play on high-level college programs,” says Tony Foti, Head Coach.
“Our recent winter camp, combined with an extensive upcoming summer schedule, will help prepare the team for the challenges ahead. Our goal is to win the European Championship and qualify for the 2020 Olympics.”
The major problem facing the team is lack of funds as softball is not sponsored by government agencies. Athletes personally fund themselves.
Greek American athlete Alexis Bazos has made a crowdfunding appeal here. “Your donation will go a long way in helping this hard-working team compete for a once-in-a-lifetime opportunity to proudly represent Greece in the 2020 Olympics in Japan,” she says.
“We are proud to represent Greece and will work hard to make you proud of us. Go Hellas!” she adds.
Click here to help the Greek National Softball Team.