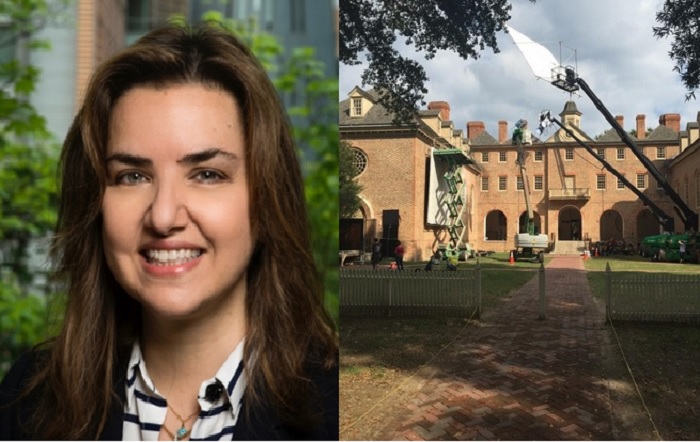 The College is a public research university in Williamsburg, Virginia. Founded in 1693 by letters patent issued by King William III and Queen Mary II, it is the second-oldest institution of higher education in the United States, after Harvard University.

Originally from Athens, Greece, Agouris received her engineering degree from the National Technical University of Athens, and her master’s and doctoral degrees from Ohio State University. As an undergraduate, she also received a degree in classical music and piano from the Greek Conservatory.

Agouris, who as dean currently oversees 4,000 students, almost seven hundred faculty and staff and an annual budget of more than $80 million, will assume her position at William & Mary on July 1.

The Athens native, who also serves as the director of the Center for Earth Observing and Space Research at George Mason, is an expert in digital image processing and analysis, remote sensing and geospatial information systems.

“Dr. Agouris brings an enormous breadth of experience as a teacher, scholar, researcher and administrator. She will be an extraordinary provost, and we are thrilled to welcome her to campus,” said President Katherine A. Rowe.

“It is humbling to be selected to now lead the academic side of such an extraordinary institution, committed as it is to teaching and research equally, and whose talented faculty are matched only by the strength of their students,” Agouris said.