By Nick Kampouris
May 2, 2019
Facebook
Twitter
WhatsApp
Linkedin
Email
Cretaquarium, or as it is also known, “Thalassokosmos,” is Greece‘s largest and most famous aquarium.
Located near the town of Gournes on Crete, it is only 15 km (9 miles) east of the city and capital of Crete, Heraklion.
The idea for the Cretaquarium was conceived by people who worked for the former Institute of Marine Biology of Crete (IMBC), and construction of the enormous project was completed in 2005.
The people who envisioned its construction aimed to create the first large aquarium in Greece as part of an entire marine park dedicated to research, education, culture, and recreation.
The huge facility conserves and exhibits thousands of Mediterranean sea creatures. The Cretaquarium also has a well-dedicated team focused on marine biology research. The areas which support the aquarium’s daily operation, and its behind-the-scenes conservation areas, extend to 2,600 square meters.

Cretaquarium’s construction was financed both by the Greek state and the European Investment Bank. The facility underwent a major expansion in 2009 when twenty-five additional water tanks and thousands of fish were added to its displays.
The Hellenic Centre for Marine Research, a public research institution, currently manages and operates the aquarium.
It includes more than 2,000 sea creatures representing over 250 species in more than sixty enormous tanks.
Among the most impressive species, a visitor can admire are the stingray, dusky grouper and red scorpionfish, as well as the sea turtle Caretta Caretta, the Sand Tiger Shark, and colorful jellyfish. 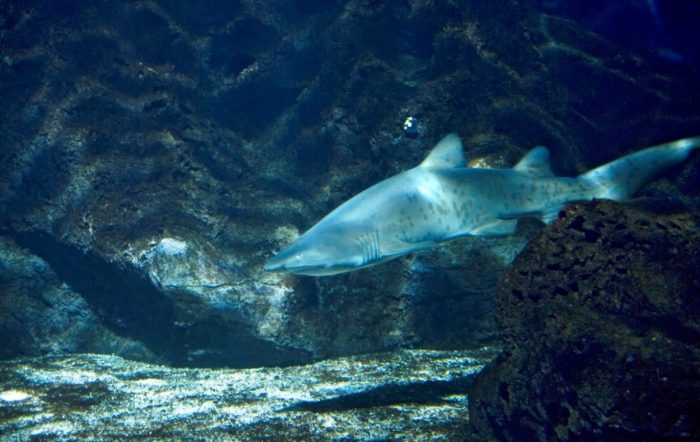 Photo by Cretaquarium
The diet for the fish and other sea animals is prepared daily, consisting of a variety of mussels, prawns, squid, fish, and industrial feeds based on the species’ requirements.
Daily feeding is undertaken by the trained staff of the Aquarium through specially-designed feeding areas.
The aquarium has a general entrance fee of €10 from April to October and €6 from November to March. There are reduced prices, or even free admittance, for some individuals.
The Cretaquarium is open 365 days a year, 7 days a week, even during festive periods and holidays.
During its summer season, running from April to October, it operates from 9:30 a.m. to 7:00 p.m. every day of the week.

Are you ready to go?

Transmission of Covid-19 has skyrocketed in Greece once again, as the country recorded a stunning 2,147 cases on Tuesday.
Culture