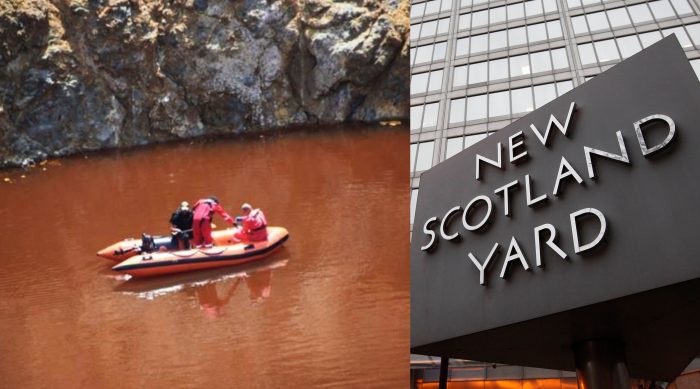 A number of British forensic experts have been in Cyprus for the last several days to assist local authorities in the unprecedented case of multiple murders carried out by an officer of the National Guard.
Cypriot authorities briefed Scotland Yard officials on the developments of the case before they began assisting the Cypriot investigators in their efforts to locate the bodies of all of the murderer’s victims.
The British officials visited the toxic, mine-slurry contaminated lake of Xiliato on Tuesday, where the 35-year old officer admitted that he had tried to dump three of his victims.
The Cypriot authorities have managed to recover one suitcase, which contained the body of an adult woman, but they haven’t yet located the two other suitcases that the 35-year old captain said he disposed of in the lake.
The search is being conducted with hi-tech robotic cameras, but due to the silt in the lake’s waters and its nearly non-existent visibility, it is very difficult to locate any objects whatsoever. The lake in Xiliato is part of an old disused copper pyrite mine.
The National Guard captain has admitted so far that he has killed seven women, among which are two children. They were all foreign nationals, from the countries of the Philippines, Romania and Nepal.
The Cypriot police do not believe that the officer has killed more than the seven females he admitted to murdering, but they cannot exclude the possibility of more murder cases being discovered in the near future.