Turkish Official Repeats Ankara’s Will to Defend its ”Blue Homeland” 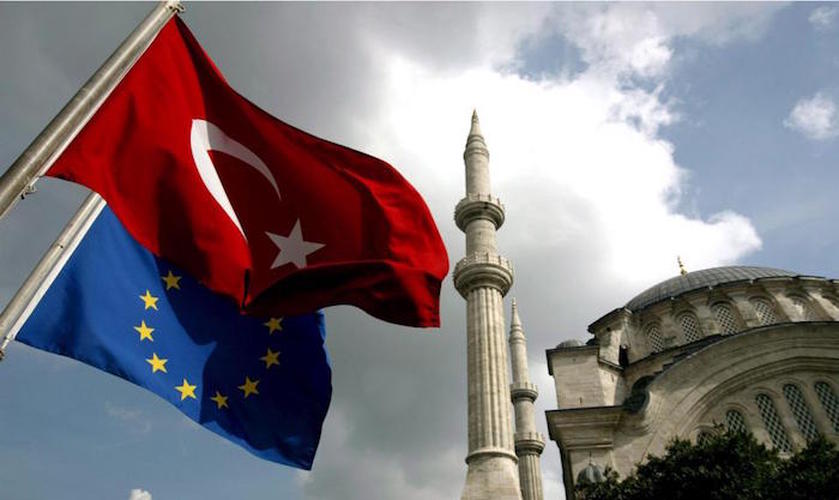 Colonel Tamer Zincir, an official belonging to the Turkish Defense Ministry, repeated on Monday the Turkish position regarding Ankara’s rights to their so-called ”Blue Homeland.”

As IBNA news agency reported on Monday, Zincir was giving a press conference regarding the geo-strategic developments in the region when he reportedly said that Ankara will defend its rights in Cyprus and the Aegean Sea.

”We continue our actions to protect our rights and interests in our airspace and our seas, what we call the Blue Homeland,” Zincir reportedly said.

He then added that the Turkish military will continue protecting Turkey’s and the ”Turkish Republic of Northern Cyprus’ ”rights in the Aegean and the Eastern Mediterranean Sea.”

The ”Turkish Republic of Northern Cyprus” is the name Turkey has used to describe the illegally-occupied lands of the Republic of Cyprus since the Turkish invasion on the island in 1974. The term is not recognized by any nation in the world outside Ankara.

Colonel Zincir concluded by repeating Ankara’s position that they ”will not accept any fait accompli in the region that excludes Turkey.”

Ankara has recently increased its strident rhetoric as a response to the Republic of Cyprus’ efforts to exploit the country’s natural resources and the trilateral cooperation between Greece, Cyprus and Israel, which is attempting to strengthen the three nations’ ties in a series of strategic sectors.