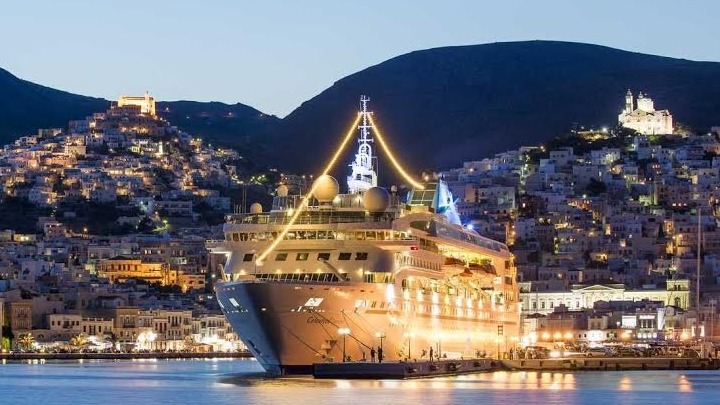 Syros, the capital of the Cyclades islands archipelago, is focusing on the tourist industry and is taking positive action to increase visitation to the islands ahead of the imminent tourist season.
Speaking to the Athens-Macedonian News Agency earlier in April, Syros mayor Giorgos Marangos said that tourist arrivals on Syros in the four-year period 2014-2018 increased by an amazing 40 percent.
The island attracted over 200,000 tourists just during the year of 2018.


Marangos said that the estimates are positive for the foreseeable future. According to the island’s market plan, Syros is betting on the tourist market of Italy, France, Germany, Russia, the United Kingdom and the Balkan countries.
Syros offers a rich tourism portfolio, which includes cultural and sports activities as well as opportunities for school trips and many maritime activities.
Marangos explained that the port of Ermoupolis, the capital of Syros, has been upgraded while the airport is also undergoing an upgrade so that it can receive charter flights, which is expected to increase the number of arrivals.
Ermoupolis is a significant port town, and during the nineteenth century it was even more powerful than Piraeus. It is situated in an area which has a natural amphitheater shape, and boasts neoclassical buildings, old mansions, and white houses cascading down the hills to the harbor. The city was built during the Greek War of Independence in the 1820s.
Players in the island’s tourism sector are betting on improving connections with the islands of Santorini and Mykonos, which will allow the implementation of tourist combo packages. Many foreign visitors like to visit all of the unique islands which are part of the Cyclades island chain.