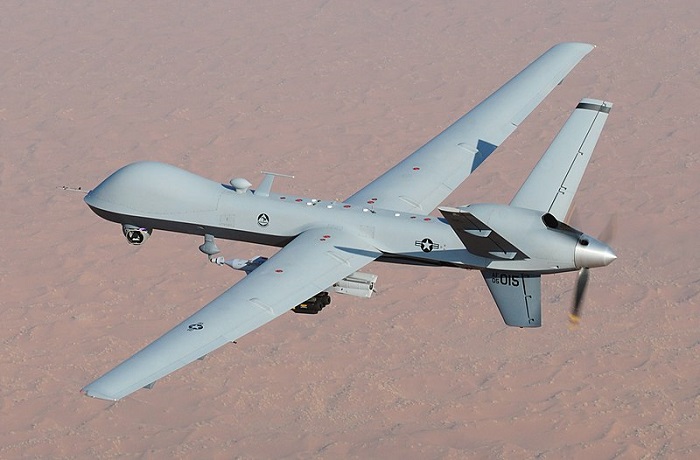 The Greek Defense Ministry has reportedly agreed to buy three US-made unmanned aerial vehicles (UAV), commonly referred to as drones, in order to boost its defense capabilities and improve reconnaissance over the Aegean.
According to a report on ANT television station on Wednesday, the deal, estimated to be approximately 50 million euros, involves the purchase of the General Atomics “MQ-9 Reaper” (also called the “Predator B”) and the construction of two ground control stations.
The MQ-9 Reaper, capable of either remotely-controlled or autonomous flight operations, was developed primarily for the United States Air Force (USAF).
It is the first hunter-killer UAV designed for long flights, as well as high-endurance, high-altitude surveillance.
In 2006, the then–Chief of Staff of the United States Air Force, General T. Michael Moseley, said “We’ve moved from using UAVs primarily in intelligence, surveillance, and reconnaissance roles before Operation Iraqi Freedom, to a true hunter-killer role with the Reaper.”