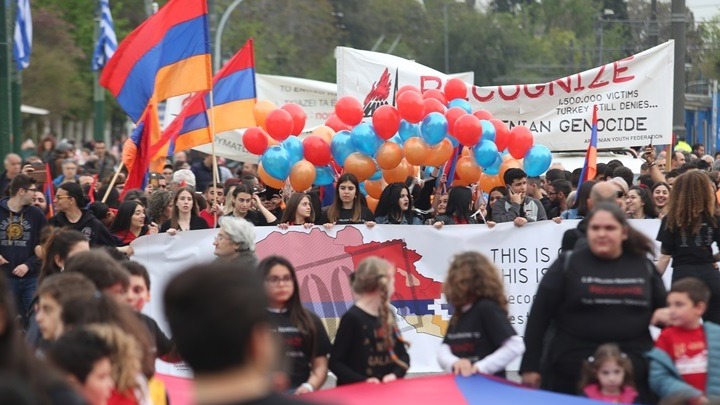 The Armenian community of Greece commemorated the 104th anniversary of the Armenian genocide with a protest march in the center of Athens on Wednesday.
The march started at Syntagma Square and concluded at the Turkish embassy, where marchers presented a petition calling for the recognition by the Turkish state of the “genocide of 1,500,000 innocent Armenians in 1915 by the Turkish state” and the return of “illegally occupied historic Armenian territory to the Armenian people, their rightful owner.” 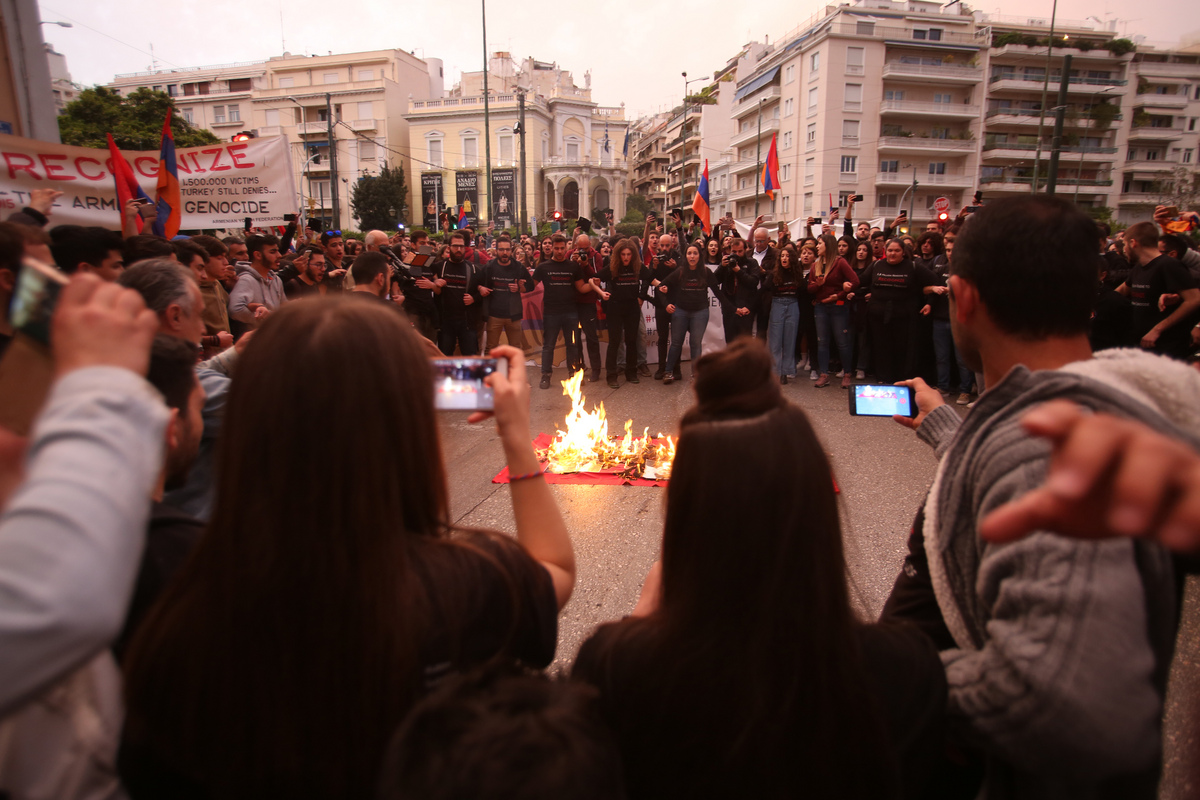 Messages of support were conveyed at the protest march by representatives of the youth parties of SYRIZA, New Democracy, Independent Greeks and the Movement for Change (KINAL) representative Pavlos Christidis.
Memorial prayer in Thessaloniki
A memorial prayer was held at the Orthodox Sanctuary of the Armenian Church of the Virgin Mary in Thessaloniki on Wednesday, in commemoration of the Armenian Genocide, under Archimandrite Stepanos Pasayian.
Vice-Governor of Thessaloniki Region Voula Patoulidou pointed out that 104 years which have passed since April 24, 1915, the day considered the beginning of the Armenian Genocide, and she highlighted the symbolism of the historical events.
Patoulidou said that “although a long time has passed since then, no one has forgotten the facts, while others insist on silence on the events, or direct international attention elsewhere.” She added that “the victims know all the particulars and how the extermination of the Armenians by the Young Turks movement was evilly designed to the last detail.”
Source: AMNA