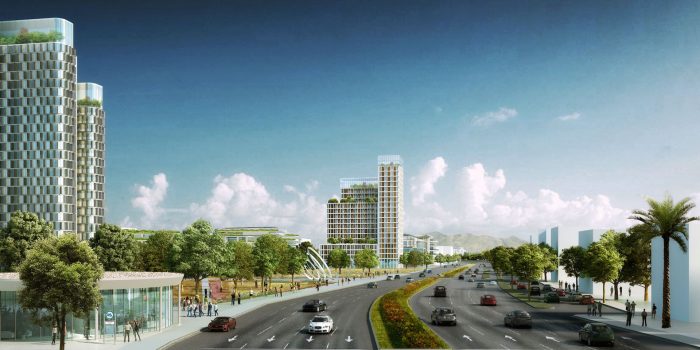 The Central Archaeological Council of Greece (KAS) gave a green light on Wednesday to the environmental study for the project formally called the “Implementation of the Integrated Development Plan of the Metropolitan Pole of Elliniko – Agios Kosmas.”
The plan, commonly referred to as ”The Hellinikon Project,” is a massive investment of more than €8 billion which aims to transform an approximately 6.5 million square meter area encompassing the old Hellinikon airport in the Attica region.
KAS accepted the terms proposed by Greece’s Directorate of Prehistoric and Classical Antiquities, and the gigantic project and its attendant investments can now proceed.
The terms of the agreement concerned studies for the display of antiquities discovered in the area during the first phase of the project’s implementation, as stipulated in a presidential decree of 2018.
The findings of the environmental studies are expected to be drafted into a plan for the development and landscaping of the grounds around an ancient burial ground at Elliniko.
The overall plan will also include the Agios Kosmas archaeological site and the post-Byzantine churches of St. Paraskevi and Sts. Kosmas and Damianos, which are within the boundaries of the project’s plan.
The KAS has also discussed the issue of the height of the six buildings proposed to be built as part of the Elliniko Project.
One of them is planned to become an observatory, with a height ranging from 140 to 200 meters (459 to 656 feet).
One of these tall buildings – which will be approximately 140 meters (459 feet) high – has been sited fairly close to the archaeological site of Hassani Hill in the plans. The KAS therefore  proposed that the height of that particular building be reduced, while retaining its overall size, possibly by breaking up it up into separate wings.
With information from AMNA