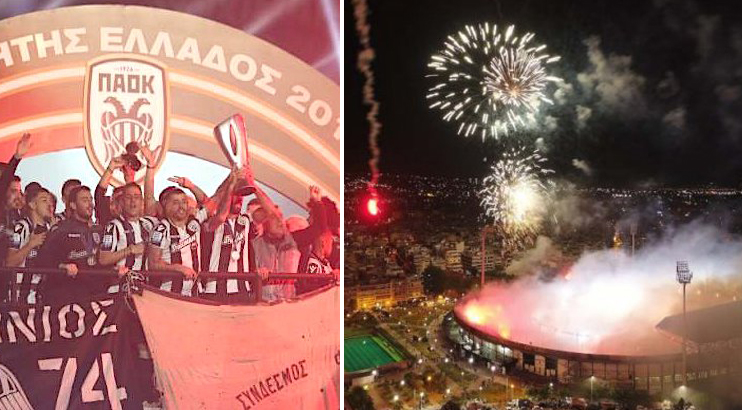 Thessaloniki’s PAOK football team won their match against Levadiakos on Sunday evening, securing first place in Greece’s Superleague.
With a winning score of (5-0), PAOK became Greece’s football champion for the first time in 34 years, sparking waves of enthusiasm and celebrations in Thessaloniki and many other cities in northern Greece, where the team’s supporters are numerous.
The joyous festivities began early in the evening inside the Toumba stadium and continued throughout the evening all across the city of Thessaloniki.
Thousands marched from the stadium to the city’s seafront.
By the White Tower, men, women, elderly and children celebrated by chanting slogans, singing songs and dancing to mark this historic event for Thessaloniki’s favorite football club.
PAOK was established in 1926 by Greek Constantinopolitans who fled to Thessaloniki from the city of Constantinople (Istanbul) after the Greco-Turkish war of 1919-1922.