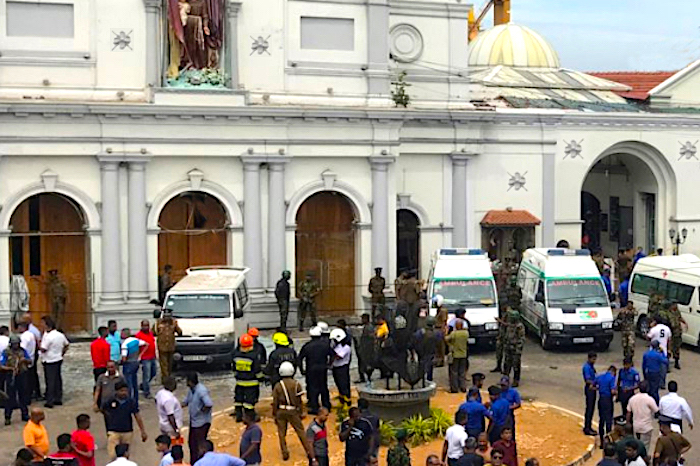 At least 207 people have been killed so far in attacks on churches and hotels in Sri Lanka, according to local police authorities.

According to the first information available, at least 45 people have been killed in the city of Colombo and 67 more in the city of Negombo north of the capital.

A total of twenty-five more people died as a result of another attack in the town of Batticaloa, in the east of Sri Lanka.

President Maithripala Sirisena in an address said he was shocked by the explosions and appealed for calm in the country.

I strongly condemn the cowardly attacks on our people today. I call upon all Sri Lankans during this tragic time to remain united and strong. Please avoid propagating unverified reports and speculation. The government is taking immediate steps to contain this situation.

The total number of people injured as of the time of this report is at least 450, in six different attacks.

Christians are a minority, as Sri Lanka is mainly a Buddhist country.

The attacks took place during the holiest day of the year for many Christians, as this year, April 21 is Easter Sunday for hundreds of millions of Catholic and other western Christians around the globe.