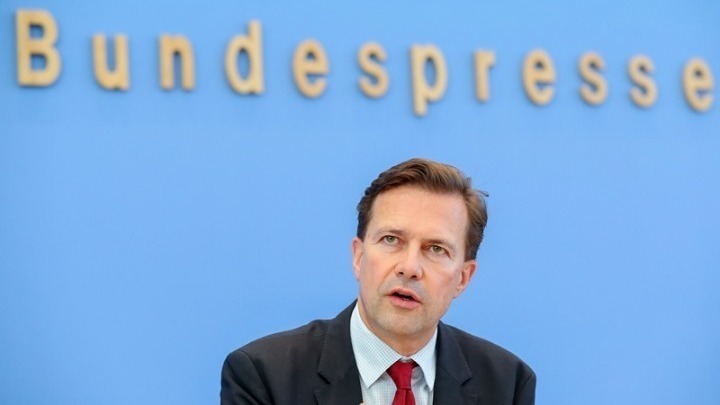 The issue of German reparations to Greece for World War II has been legally and politically resolved, German government spokesman Steffen Seibert reiterated on Wednesday, the day the Greek parliament plenary discussed a resolution of the issue.
Responding to a press question, Seibert said that he was aware the Greek parliament was discussing the issue, and he declined to comment on its possible outcome.
Germany’s position on the whole issue of German obligations to Greece since the Nazi era has not changed, he reiterated.
The spokesman acknowledged the great burden and the anguish that Germany caused Greece during the Nazi era. He said the resulting lessons for Germany are to do whatever it takes so that both countries have good relations as friends and partners, and to support each other, to the benefit of both nations.
He added, however, that in terms of the reparations issue “our stance has not changed – this stance is that the issue of German reparations is legally and politically irrevocably resolved.”
Source: AMNA